Stefano Pioli: Milan not favourites to win Serie A 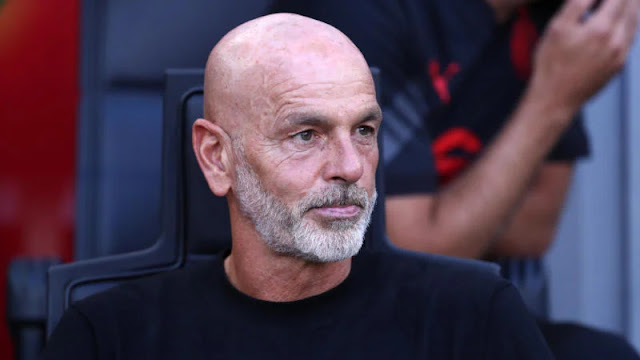 Stefano Pioli has refuted claims that Milan are favourites to win the Serie A championship again this year, asserting that the Rossoneri will find it difficult to replicate their 86-point total from the previous campaign in a "very tough" league.
Milan won the Scudetto after an 11-year wait when they edged out rivals Inter in a tight struggle for the trophy in May. Last week, Milan opened the new season with a thrilling 4-2 victory over Udinese.
However, a number of teams have been predicted to challenge Milan for their title, including Inter, Juventus, Napoli, and Roma - all of whom also started the season with victories - and Pioli anticipates a difficult battle.
“We have to be an interchangeable team,” Pioli said ahead of Sunday’s trip to Atalanta.

“It will be such a balanced championship that it will be difficult to score last year’s points. Difficulties will come for everyone, even with teams that you don’t expect.

“There are seven or eight strong teams, a very balanced and competitive league. One game at a time we must continue on our path and work to become more and more competitive.


“The winner will be whoever is the most consistent in results and performances. You have to play with intensity and quality.

“Head-to-head matches are important and last year we won precisely because we scored so many points with the big teams.”

Milan started both of their previous full Serie A seasons under Pioli with consecutive victories, beating Bologna and Crotone to begin the 2020-21 campaign before overcoming Sampdoria and Cagliari last term, and will be looking to maintain that record in Bergamo on Sunday.

Meanwhile, since clinching the title, Milan have acquired Belgian attackers Charles de Ketelaere and Divock Origi, and Pioli has refused to rule out further activity before the closure of the transfer window.

However, the 56-year-old insists the Rossoneri will only move for the right target, as he revealed Simon Kjaer is closing in on a return after suffering an anterior cruciate ligament injury last year.

“As for the market, we have the will – if the situation were right – to improve certain situations,” he added.

“But the squad is strong, Kjaer is approaching 100 per cent. I repeat, if we find something to improve well [we may be active], otherwise we are already competitive like this.”
Chima Ugo is a patriotic Nigerian, a journalist, blogger and singer who is so much interested in the internet, journalism, and blogging and have been for half a decade.