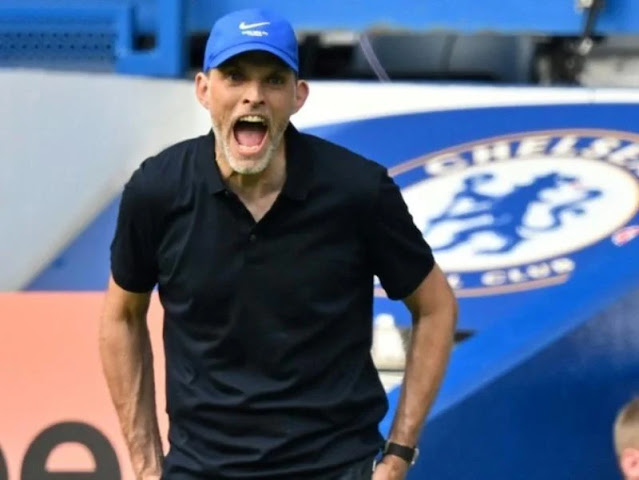 Thomas Tuchel is in contract extension talks with Chelsea, but the German manager insists that his attention is on "my squad... and on being competitive."
The current deal for the 48-year-old continues through 2024. He originally had an 18-month term when he took over for the fired Frank Lampard in January 2021, but he signed that after leading Chelsea to the 2021 Champions League trophy.
“My people talk to the owners and take care of everything else,” said Tuchel on Friday ahead of Sunday’s away match at Leeds. You know how glad I am to be here and how much I like it. There are talks but I think given the situation where we come from, and where we are in the middle of the transfer period, I think it is the very best if I focus on my team and on sports and on being competitive,” he added.

Tuchel was speaking before the Football Association imposed a one-match suspension and a fine of £35,000 on him after he was sent off following his furious clash with Tottenham boss Antonio Conte last Sunday.

Conte was also fined £15,000 but Tuchel said that there was no bad blood between them and it had just been emotions running high in the heat of the battle.

“Of course we laugh, it’s very important to laugh, and laugh at ourselves,” he said. “I was laughing in the dressing room; it was the heat of the match and we didn’t insult each other. I think the thing would have ended if there were not 20 people around us that make the thing look much worse than it actually was. He (Conte) was fighting for his team, I was fighting for my team. I have nothing but the biggest respect for him.”
Chima Ugo is a patriotic Nigerian, a journalist, blogger and singer who is so much interested in the internet, journalism, and blogging and have been for half a decade.