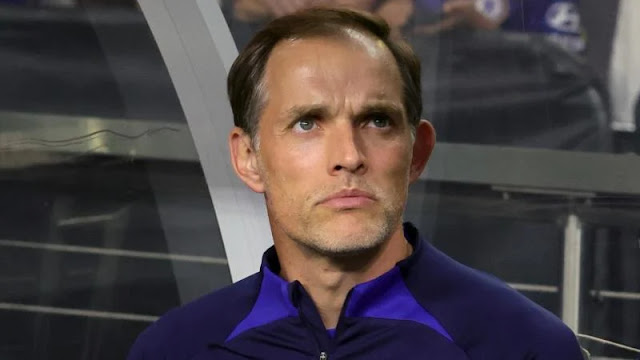 Thomas Tuchel, the manager of Chelsea, has stated that he is looking for further additions before Thursday, when the transfer window ends.
Tuchel has spoken on the club's transfer predicament in light of their continued interest in Pierre-Emerick Aubameyang of Barcelona. Wilfried Zaha, a winger for Crystal Palace, has reportedly received a bid from Chelsea, according to another rumour.
“Right now I think we could need some more players in some positions, but it’s very close to the end of the transfer window and when September 1 comes, I will be a happy coach no matter what happens,” Tuchel told a press conference. “I will try to find solutions and not think about what might have happened or what could be.”

Chelsea have already spent big this summer by bringing in the likes of Marc Cucurella, Raheem Sterling and Kalidou Koulibaly. Leicester defender Wesley Fofana is also reportedly set to complete a move to Stamford Bridge, however, the Blues still look short in attack and have only scored five goals in their first four Premier League games.

Pierre-Emerick Aubameyang is one of only four players to have scored in the Premier League, La Liga, the Bundesliga and Ligue 1 in the 21st century.

Chelsea have until Thursday to add to their squad before the transfer window closes. The Blues are next in action on Tuesday when they face Southampton in the Premier League.
Chima Ugo is a patriotic Nigerian, a journalist, blogger and singer who is so much interested in the internet, journalism, and blogging and have been for half a decade.