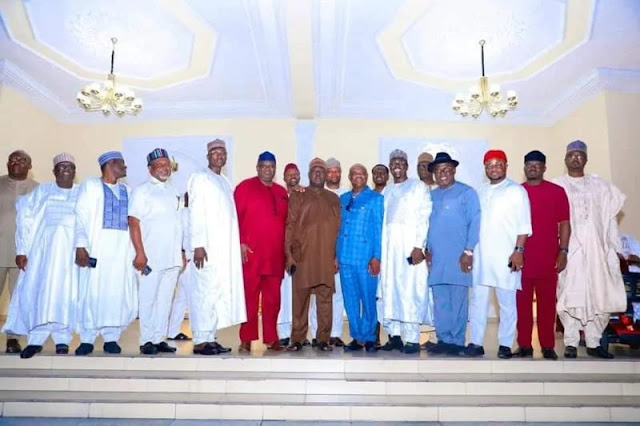 In an effort to restart the party's impasse, at least 18 candidates for the PDP's governorship in the next elections met with Rivers State governor Nyesom Wike on Tuesday night.
On Tuesday at 8 p.m., the candidates came at the governor of Rivers' private residence in Port Harcourt, the state capital, for a meeting that was held behind closed doors and went until about 11 p.m.
Kaduna, Plateau, Katsina, Nasarawa, Kebbi, Benue, Sokoto, Jigawa, Borneo, and Yobe candidates are among those present.
Kwara, Kanu, Lagos, Niger, Ogun, Cross River, Delta, and Rivers round up the list of others.
After the meeting, Isa Ashiru, the chairman of the PDP Governorship Candidates Forum and the candidate for governor of Kaduna State, told journalists that they were optimistic that the conversation with Wike, which came a few days after their meeting with Atiku Abubakar, the party's presidential candidate, would help to resolve the internal crisis.
He advised them to meet with the party's National Working Committee as their next course of action.
Chima Ugo is a patriotic Nigerian, a journalist, blogger and singer who is so much interested in the internet, journalism, and blogging and have been for half a decade.