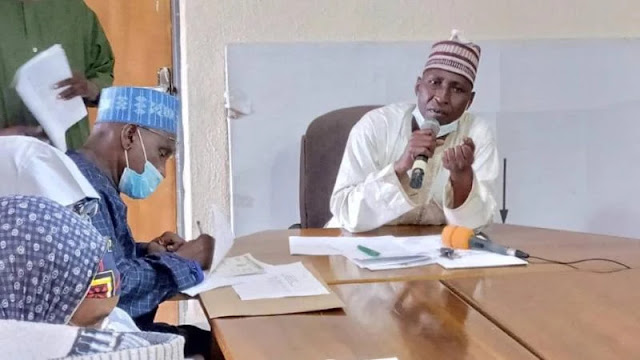 According to Prof. Badamasi Lawal, the commissioner for education in Katsina State, female students outperformed their male counterparts in the 2021 West African Senior School Certificate Examination (WASSCE) for school candidates.
Lawal announced this at the Girl Education Project (GEP-IIIofficial )'s conclusion ceremony on Thursday in Katsina.
He said that because of the government's dedication to empowering girls in the state through various educational initiatives, this statistic was recorded.
He claims that in 2021, 18,321 pupils took the WASSCE, and the state government covered all of the candidates' exam fees.
“Out of which 10,441 were male, while the female students were 7,880. But wonderfully, the results indicated that 4,627 of the female students scored credit in English language, which is 58.7 per cent.

“Because the number of the girls that sat for the examination was lower than that of the boys, the boys scored 58 per cent while the girls scored 53 per cent, which is also higher.

“Five credits, including Mathematics and English Language, out of the total number mentioned above, 4,247 among the girls scored credit, that is 56 per cent, as against the males who scored only 48 per cent,” he said.

According to him, the aim of the project in the state is to increase access to education among girl- children, improve teacher capacity and competency, as well as strengthening of the system.

He noted that all the activities mentioned had been achieved in the state, through the support of the United Nations Children Fund (UNICEF).

“No doubt the intervention has improved the girl child education in Katsina State. I want to showcase the evidence of this improvement, by making a presentation of the 2021 WASSCE results.

“It will show you that the presence of UNICEF in the state has done very well in improving girl child education,” the commissioner said.

The commissioner attributed the success to the intervention of UNICEF through its various programmes under the GEP-3 project in the state.

In her remarks, the wife of Gov. Aminu Masari, Hajiya Hadiza commended the effort of UNICEF regarding the promotion of girl child education in the state.

She called on UNICEF to extend the programme which was funded by the Foreign Commonwealth and Development Office (FCDO), so that more female children in the state can benefit.

The UNICEF Chief, Kano field office, Mr Rahama Farah in his speech said on access to learning, the partnership achieved an enrolment of 1.5 million girls in school.

Farah added that it also removed barriers to learning for over 50,000 boys and girls through cash transfers, and changed perceptions of many parents on the importance of girl’s education.

According to him, the project started in 2005 to 2008 as GEP-I, GEP-II started in 2009 to 2011, while GEP-III began in 2012 to 2022, about 10 years now.
Chima Ugo is a patriotic Nigerian, a journalist, blogger and singer who is so much interested in the internet, journalism, and blogging and have been for half a decade.