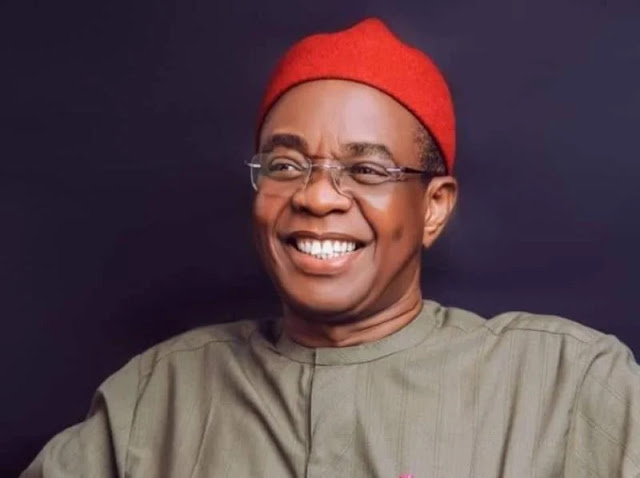 The Abiriba community in Aba has put its support behind Prof. Uche Ikonne, a candidate for the Peoples Democratic Party (PDP), as governorship aspirants in Abia State continue their discussions with interest groups and political blocs ahead of electioneering for the 2023 general election.
They expressed their "total support" during a consultative meeting with the candidate for governor of the ruling party at the Aba residence of Chief Mba Okonkwo, the provost of Abia State University Uturu (ABSU).
The PDP governorship candidate has the specialised academic and leadership expertise required to steer the affairs of Abia State, according to Okwodu Egworonu Obasi, spokesman for the residents of Aba who are descendants of the ancient Kingdom of Abiriba.
He assured Ikonne that the Abiriba people were determined in their support for him to deliver more dividends of democracy to the community and Abia State in general.

“Your attributes and achievements as a scholar, administrator, technocrat and bureaucrat have stood you head of your peers,” he told Ikonne.

Obasi noted that his people have keenly followed Prof Ikonne’s trajectory as an academic and his stint at the Abia State Polytechnic up to being the vice chancellor of Abia State University.

According to him, “An objective examination of (Ikonne) odyssey through all these paths erases any doubt about his competence to lead the state to its next height.

“You are simply the best candidate in the race, and Abiriba people associate only with the best.”

The spokesman also lauded the good relationship existing between Abiriba community in Aba and their Ngwa hosts, adding that as widely travelled merchants Ndi Abiriba have always cultivated brotherly relationships with their hosts.

Ikonne, in his response, acknowledged the support from Ndi Abiriba, and assured them that their partnership would not only be mutually beneficial but also lead to rapid development of the state.

The PDP governorship candidate, who was accompanied by his running mate, Hon Okey Igwe, and the Director-General of Uche Ndi Abia Campaign Organisation, Hon Chinedum Elechi, promised to remove all obstacles affecting ease of doing business.

“I am not new to working with Abiriba people for the good of the state, and when elected as your governor, I assure you that we will further expand the frontiers of cooperation and partnership between us to deliver positive change to our people across board,” he stated.
Chima Ugo is a patriotic Nigerian, a journalist, blogger and singer who is so much interested in the internet, journalism, and blogging and have been for half a decade.