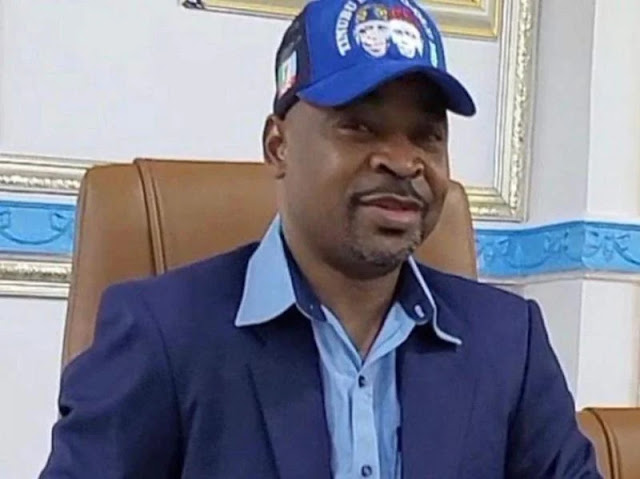 Alhaji Musiliu Akinsanya, aka MC Oluomo, the chairman of the Lagos State Parks and Garages, has denied ordering the sale of stickers featuring Asiwaju Bola Ahmed Tinubu and Babajide Sanwo-Olu, the governor and presidential candidate for the All Progressives Congress (APC), to commercial bus operators and tricycles.
Anyone found in possession of the stickers should be detained, he claimed.
He described the incident as just another attempt to harm his reputation and undermine Tinubu and Sanwo-marketing. Olu's
A video clip that is making the rounds online depicts two people arguing over a sticker.
Akinsanya said: “Naturally I would have just ignored knowing that it’s the handiwork of naysayers but being in an election period, I also know their malicious intentions and the cheap political goal they aim to get with the video.

“I am however compelled for the sake of clarity to set the record straight. I did not know anything about the said sticker, neither did I sanction the sale. I’ve been to the location where the incident happened so that we can conduct thorough investigation but we couldn’t find the person.

“We are against anything that would hamper the free flow of business activities or bring hardship to our people.

“I urge our people to be vigilant and remember that we are in an election period, as such, political parties would be looking for ways, both ethical and unethical, to outsmart themselves. I, however, implore them to leave me out of their political permutations and stop maligning my name for the sake of cheap popularity.”
Chima Ugo is a patriotic Nigerian, a journalist, blogger and singer who is so much interested in the internet, journalism, and blogging and have been for half a decade.