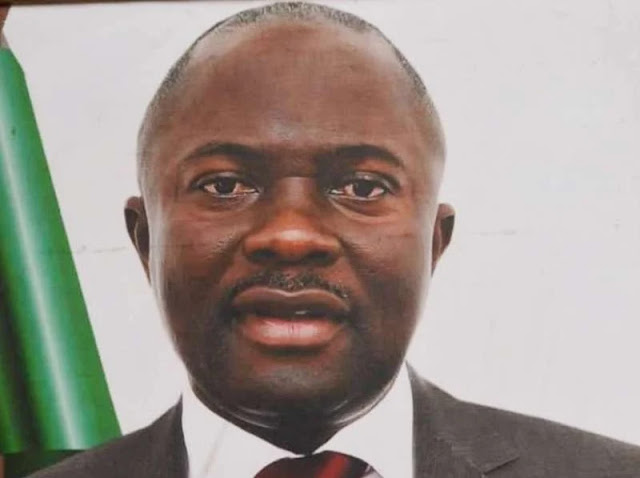 The chief of staff to the governor of Rivers State, Engr. Emeka Woke, has criticised the claim that Senator Lee Maeba's life and the lives of other alienated politicians in the state were in danger, notwithstanding the ongoing internal strife in the state's PDP chapter.
During the grand finale of the statewide Grassroots Development Initiative (GDI) Permanent Voters' Card (PVC) collection sensitization rally in Opobo/Nkprp local government area of the state weekend, the Chief of Staff denied the accusation.
Woke asserted that the current administration does not have any plans to repress or delete any individuals from the State, and he asked people who are not well-liked and inexperienced in grass-roots politics to refrain from making unfounded assertions.

“On my way here, I read from newspaper, one man that is unable to come home, called Ledogo, saying he will not come home again to campaign for PDP presidential candidate. He said the reason that he will not come was because I held a meeting in Government House that anytime he comes to Rivers State, he should be killed.

“My brothers, such thing did not happen and it will not happen. Any person that cannot come to Rivers State should look for a better excuse and not killing excuse.”

When contacted on telephone, Lee Maeba said “the story was on facebook on the 25th of April by one Macpherson. Why didn’t the government respond to that on the frequency it responded to my statement? Facebook is a credible social media platform, if it was a false story, why didn’t facebook pull it down? It is over a week and government house never responded and that was why I had to alert the public”, Maeba said.

The Chief of Staff also criticised Dr. Dakuku Peterside, the former Director General of the Nigerian Maritime Government and Safety Agency, NIMASA, for saying that the Opbo/Nkoro LGA had received no assistance from Governor Wike's administration.
He questioned why Dakuku, who worked for the Chibuike Amaechi administration as a Commissioner for Works, never made an effort to push construction on the Opobo axis of the Ogoni-Andoni-Opobo/Nkoro Unity Road after Dr. Peter Odili's administration halted work on it.
“Before he became commissioner, the former governor of the State, Dr. Peter Odili, had initiated this laudable project, the Unity Road to run from Ogoni, Andoni and Opobo and then he stopped in 2007. From October 2007, when your son (Dakuku) became Commissioner for Works until May, 2011, four good years, he did not add one meter to the road.

Woke, said it was unbelievable that Dakuku, who got a contract for Opobo shore protection and embezzled funds, could still have the audacity to accuse the Wike’s administration that has linked the entire Opobo/Nkoro island to the rest of the State by road, of doing nothing for the council.

“This is not campaign, but at campaign time, we will inform you that he (Dakuku) was given contract. The only thing that he was asked to do for his people, shore protection, he embezzled the money and that contract was not executed. So, when the time comes, we will tell Opobo who is their real son, because I don’t believe that an indigene of Opobo will hate Opobo so much.”

He noted that all Dakuku said during a gathering of few APC members in Opobo last week, was his usual tantrum against governor Wike, in order to gain relevance in the political space.
Chima Ugo is a patriotic Nigerian, a journalist, blogger and singer who is so much interested in the internet, journalism, and blogging and have been for half a decade.