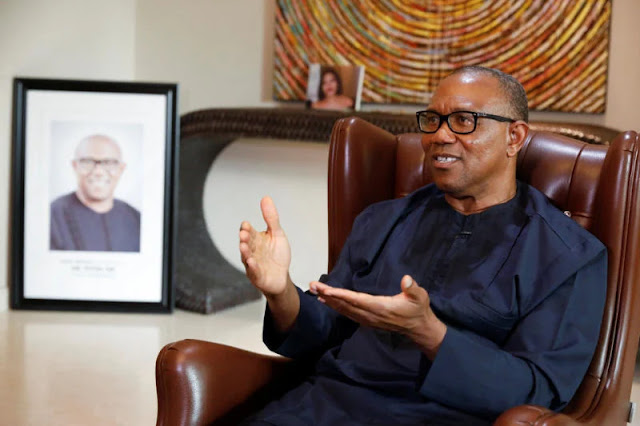 Peter Obi, the Labour Party's presidential candidate, denied receiving $150 million in donations from overseas sources on Tuesday.
The Independent National Electoral Commission (INEC) was requested to disqualify Obi over the claimed money since it is against the Electoral Act on campaign financing by a group operating under the banner of Tinubu-Shettima Connect.
But the former governor of Anambra state claimed that the claims were all conjecture during a meeting with Nigerians in London.
“Nobody has given me anything,” he said. “That is speculation. What I need is not what they would give me. But what they would give Nigeria, because we need them to turn around Nigeria.

“This is the energy, the capacity that we need to turn around Nigeria. Every country that was turned around, was done by the diaspora. Even in the Bible, Joseph who left later came back to feed his people.”

Obi has recently travelled around Europe and the United States to meet with Nigerians all over the world.
He claimed that his meetings had nothing to do with his campaign.
“It is not campaign, it is consultation,” he said. “I am consulting Nigeria diasporans to know why they should be involved in the Nigerian electoral process. And you can see from my conversation and everything that what I am doing is saying let’s get involved.

“They are the most critical components of turning around Nigeria. The investment Nigeria needs to turn around is diasporans. If they believe in Nigeria and bring their resources, both in terms of their material, talent and energy, we will turn around the country.”

Obi, who has received widespread support from many young Nigerians, called for the 2023 elections to be based on merit.

“Nigeria 2023 election should not be based on ethnicity, religion, connection, ‘my turn’, or any bias,” he said. “It must be on character, competence, capacity and determination to deal with the problems of Nigeria.”
Chima Ugo is a patriotic Nigerian, a journalist, blogger and singer who is so much interested in the internet, journalism, and blogging and have been for half a decade.