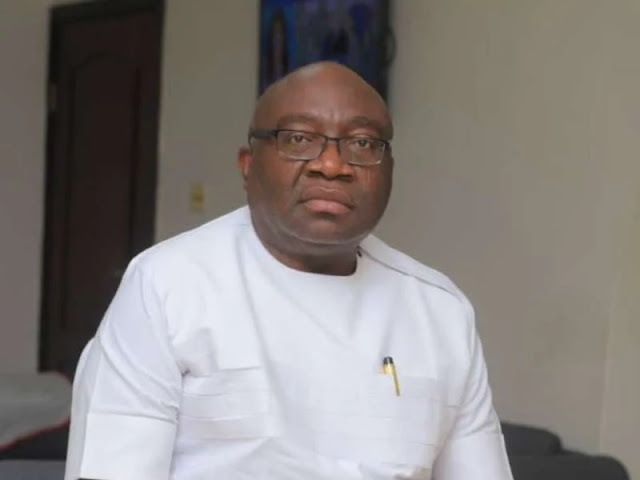 Professor Greg Ibe, an APGA candidate for governor in Abia State, has stated that he is running for office to serve the people rather than to plunder the government.
Professor Ibe declared this on Wednesday during a live radio programme heard in Umuahia. He claimed that God had already given him everything he needed in life and that he did not need to steal to get by.
He remembered that before God gave him the opportunity to succeed, he had been a "street man" who had tried his hand at many different trades.
The Professor of Entrepreneurship added that he had no need to steal Abia's money to benefit his children because they were all successful adults.
”I have tried so many things: I’m a tailor, I’m a welder, I’m an accountant, I’m a professor. I have been prepared to serve and I’m coming to offer services not to steal.

”I don’t need to steal public funds to build another house. My children are settled. My interest is to serve the people for a better society and to create wealth for the people”.

The APGA governorship hopeful said his manifestoe, when implemented, would give birth to a new Abia where all indigenes of the state as well as strangers would be proud of.