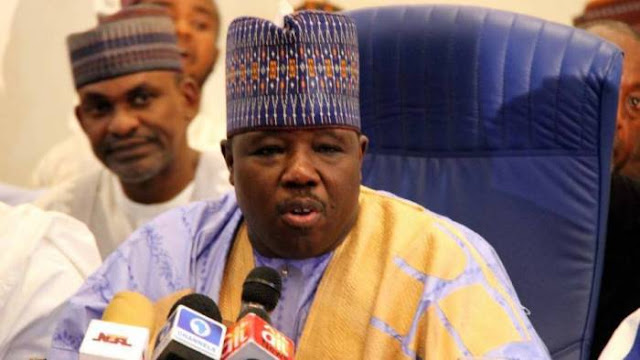 On Thursday, former Borno State Governor Ali Modu Sheriff and former President Olusegun Obasanjo met behind closed doors.
The meeting, which took place in the Ogun state capital of Abeokuta at Obasanjo's Presidential Library residence, lasted for more than 40 minutes.
The former governor then spoke to anxious reporters who were curious as to what had transpired during the talks.
He indicated the intention of his party to win in the general elections, therefore his visit might not be unrelated to the current state of affairs in the nation leading up to the general elections in 2023.
The former governor of Borno said that his visit to Ogun State was "private" and declined to provide any information about the talk.
He described the ex-Nigerian President as his father, saying it is only customary to pay homage as a son would do politically.

“Baba is an elder statesman. If Nigeria is a company, Baba is the Chairman/Chief Executive of Nigeria. So I came for consultations with my dad and to have a private chat,” he said.

“I am the younger one. From time to time, I must come and greet my father, discuss with him privately and go back.

Sheriff, a chieftain of the ruling All Progressives Congress (APC) said his visit to Obasanjo is a routine exercise.

When asked if his consultation with Obasanjo was over the Nigerian project, the ex-Borno governor said, “I didn’t say that.”

Concerning the 2023 general elections, the APC chieftain said it is his desire for the ruling party to maintain its winning streak in the country.

He refused to give further insights on his next move politically, and nor did he advise politicians ahead of next year’s general polls.
Chima Ugo is a patriotic Nigerian, a journalist, blogger and singer who is so much interested in the internet, journalism, and blogging and have been for half a decade.