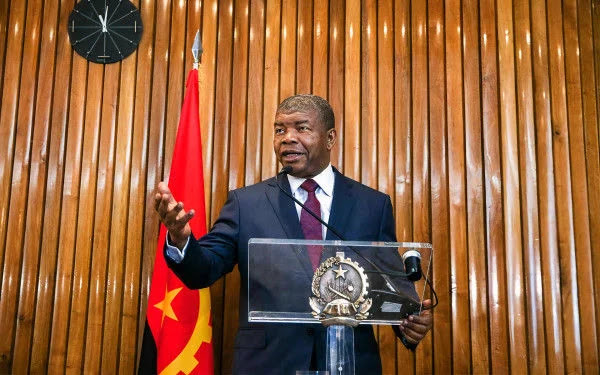 President Joao Lourenco faces Herculean tasks of fixing Angola’s economy and winning over its disillusioned youth as he enters his second term with decimated support, analysts say.
In the National Assembly elections on August 24, Lourenco's Movement for the Liberation of Angola (MPLA), which has been in power for nearly 50 years, received 51.17 percent of the vote.
Lourenco has gained a second term in office because the winning party's leader takes the presidency automatically.
However, it was also the MPLA's worst performance since the first democratic election in the formerly Portuguese territory in 1992. It won 61 percent of the vote in 2017.
The falloff will hike pressure on Lourenco to deliver on touted economic reforms and will reinvigorate the opposition, Augusto Santana of the non-profit Democracy Works Foundation predicted.

He could face possible street protests and dissent from within the MPLA, Santana told AFP by phone from Luanda, the capital.

“He faces quite a lot of challenges,” he said.

Lourenco, 68, came to power in 2017 when he took over from long-time ruler Jose Eduardo dos Santos, who bequeathed a country deep in recession and riddled by corruption and nepotism.

The former general embarked on an ambitious reform programme to tackle graft, attract foreign investors and diversify the oil-dependent economy.

The country eventually emerged from a five-year slump in 2021, but reforms have not translated into better living conditions for most Angolans.

Analyst Justin Pearce said that, because of the economic crisis, Lourenco’s government had so far not “been able to address the immediate demands from the poor in society”.

Now the president will be expected to deliver long-promised economic diversification away from oil.

The economic crisis, compounded by the coronavirus pandemic and a drought, has squeezed most people, pushing them into the arms of the opposition.

The leading opposition party and former rebel movement, the National Union for the Total Independence of Angola (UNITA), gained 43.95 percent of the vote, up from 26.67 percent in 2017, also winning the capital, Luanda.

Its charismatic leader Adalberto Costa Junior, 60, has proved popular in urban areas and among youth disaffected with a ruling party many think has run out of ideas.

Turnout was low, with only about 45 percent of those registered bothering to cast their ballots.

On Tuesday, large numbers of angry onlookers heckled a motorcade of MPLA supporters celebrating the victory in Luanda — something unthinkable only a few years ago, Santana said.

“There will be more protests, because this time people think that there’s nothing else that the MPLA can still do, that the MPLA should just go and leave space for others to try,” he said.

UNITA is contesting the vote’s outcome, alleging discrepancies in the count, but similar attempts have failed in the past.

Still, it will have more lawmakers, which will give the opposition more leverage in parliament.

They could also make further gains in local elections set to be held within the next two years.

Lourenco struck a conciliatory tone in his inaugural address, pledging to promote “dialogue” and pay particular attention “to the expectations of young people”.

But resources to turn things around are limited.

Angola is Africa’s second-largest crude producer, but it has to import back fuel to cover most of its needs, having developed only limited refining capacity over the past decades.

And while the war in Ukraine has pushed up oil prices it also raised food costs, partially offsetting gains from crude sales, said Pearce.

As this should be Lourenco’s last term, Santana added, he will also have to deal with growing internal opposition, as party cadres jostling to replace him are likely to become more vocal in their criticism of his leadership.

Alex Vines, of the UK-based think tank Chatham House, said all eyes were on the president.

“Will Lourenco really have heard what the electorate is saying? Will he… try and grow the economy, reduce inequality and provide more jobs?” he asked.

“Or will there be a… posture of increased oppression and defensiveness?”
Chima Ugo is a patriotic Nigerian, a journalist, blogger and singer who is so much interested in the internet, journalism, and blogging and have been for half a decade.