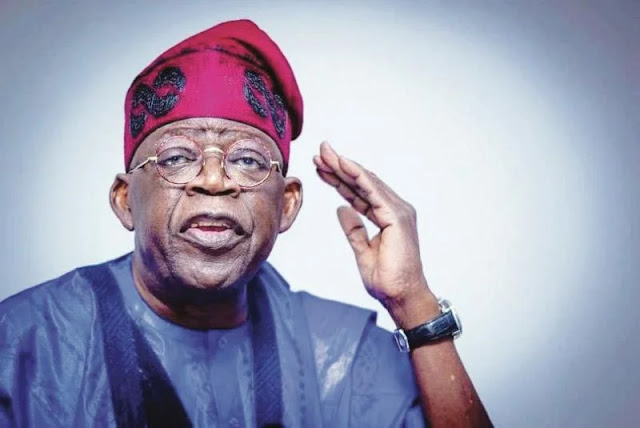 A Presidential Campaign Council (PCC) has been established by the APC Ghana Chapter to oversee the party's campaign in Ghana for Asiwaju Bola Tinubu, who is the party's nominee for president in the 2023 elections.
Oghenosa Micheleti, the chairman of the APC in Ghana, made this announcement in a statement on Sunday in Lagos.
The group was established in Ghana, according to Micheleti, with the goal of mobilising Nigerians and the foreign community in support of Tinubu in the run-up to the elections.
The 25-member PCC, according to him, would have Otunba Adebayo Alaba as its secretary and Chief Ayokanmi Ogunremi as its chairman.
According to him, other members of the PCC are, Chief Surakatu Lawal – Deputy Chairman, Mr Bola Akinsanya – Deputy Secretary, Dr Mfon Gowon – Women Leader and Ms Folakemi Abdul – Hameed as Assistant Woman Leader.

Micheleti said the Ghana chapter of the APC was ready to kickstart a door-to-door campaign to Nigerians with known addresses in Ghana as soon as campaigns kicked off in Nigeria.

“We have have so many Nigerians living here in Ghana. Many of them had gone to Nigeria to register to vote following our sensitisation programmes for registration and will return to Nigeria to cast their votes in 2023.

” We plan to help sponsor those who may find it difficult to travel to Nigeria but do not have the financial power to do so during the election.

Micheleti said that the chapter carried out massive campaigns for President Muhammadu Buhari in the 2015 and 2019 presidential elections and would replicate same for Tinubu.

“Tinubu deserves all-round support from Nigeria across the globe to usher in the Nigeria of our dreams,” he said.

The Ghana APC chairman noted that Tinubu and his running mate, Sen. Kashim Shettima had been destined to take Nigeria out of its challenges, hence the need for support.

“In Ghana in 2015 and 2019, we went as far as raising massive billboards for President Buhari in a way that one may think the election is in Ghana.

“We did that to rally support of Nigerians for the APC and we will not stop.”

While urging members of the committee to take the assignment before them as important and one that must be accomplished, Micheleti said the PCC and the APC Ghana chapter would work with other diaspora chapters of the APC for the 2023 project.
“We will align with directives from the APC in Nigeria so that we continue to speak with one voice.

“As a two-term governor, known beyond Nigeria as a wonder former governor of Lagos state, Tinubu’s stories must be correctly told not only to Nigerians but to the international community,” he added.
Chima Ugo is a patriotic Nigerian, a journalist, blogger and singer who is so much interested in the internet, journalism, and blogging and have been for half a decade.