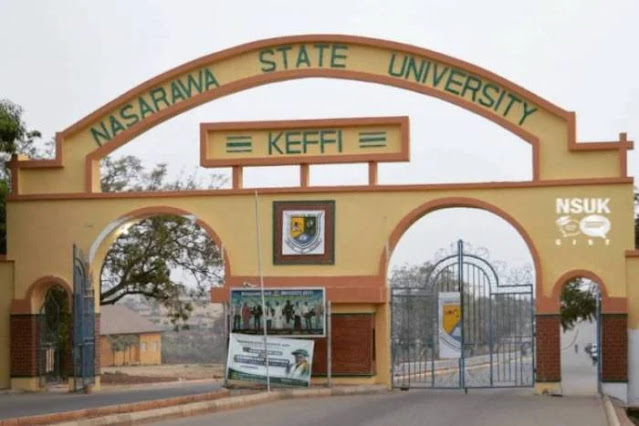 After the state government decided to take on responsibility for paying the salaries of the university's staff, academic activities at Nasarawa State University Keffi (NSUK) should shortly resume, barring any last-minute modifications.
At the fifth meeting of the state executive council, which was held on Wednesday at the Government House, Nasarawa State Governor Engineer Abdullahi Sule informed the attendees.
The decision of his administration to agree to take over the payment of salaries at NSUK was announced by Engineer Sule while briefing the council on recent developments across the educational, health, and security sectors of the state. This decision met one of the main demands by the local chapter of the Academic Staff Union of Universities (ASUU), and opened the door for the potential resume of academic activities.
According to the governor, his administration has agreed to take up the burden of paying the salaries of the personnel at the NSUK, starting this month, depending on the state's available funds and in particular because of the priority attributed to education.
He pointed out that, so far, the management of the university, as well as the non teaching unions namely the Senior Staff Association of Nigerian Universities (SSANU) and the Non Academic Staff Union of Universities (NASU) have all agreed to open the university.

“One of the conditions they gave to us, the most important condition, is to ensure that we take over the full payment of salaries of all the staff, so that they don’t have to use their IGR.

“As far as we are concerned, we looked at our finances and we strongly believe that, based on the cashflow we have available to us and also because of the importance we attach to education, that we should be able to start that from this month.

“That is what we are looking forward to do. We are also hoping they will compliment by the moment we start the payment hopefully by Thursday or Friday, then we are hoping to see them also returning to their classes,” he stated.

Also updating the council about his recent activities concerning education, Engineer Sule disclosed that, following his recent visit to the Federal Ministry of Communication and Digital Economy, the agency of the ministry, the National Communication Commission (NCC), through the National Information Technology Development Agency (NITDA), has donated ICT gadgets to the College of Education in Akwanga.

“They have supplied all the ICT gadgets from the NCC similar to what they did for us at the Isa Mustapha Agwai Polytechnic Lafia. The advantage COE Akwanga is having is that two servers will be installed, as part of their contribution to education in the state” he said.

The Governor therefore, used the opportunity of the meeting, to show great appreciation to the Minister of Communication and Digital Economy, Professor Ali Isa Pantami for the support, as well as the NCC and NITDA for their support in this area.

On the health sector, Engineer Sule recounted that, only last week, Nasarawa State achieved a milestone when it received two awards in the area of COVID-19 treatment and vaccination, with the state emerging not only the best in the North Central but the overall best performing state in COVID-19 vaccination across the country.

“From what some of you have seen, we want to join in thanking everybody, as well as the good people of Nasarawa State, for the milestone we achieved in the treatment of COVID-19. I want to thank the Ministry of Health, especially the Commissioner, his team, including the Nasarawa State Primary Health Care Agency, for all the good work that they have done for Nasarawa State to receive two awards on Friday last week,” he stated.

He reiterated that the awards are dedicated to the frontline workers who did the state proud.

The governor however, pointed out that COVID-19 is still around, with Nasarawa State recording cumulative cases of 2278 with 49 deaths. Karu, Keffi and Lafia constitute 80 percent of the cases recorded.

Other health challenges confronting the state include monkey pox, with 3 outbreaks, chickenpox, 13 outbreaks and smallpox 8, mostly around Lafia and Keffi.

On the aspect of security, the governor recalled his recent visit to the office of the Chief of Army Staff (COAS) in Abuja, where he sought the support of the military to address security challenges mostly around the borders between Nasarawa and Kaduna, as well as Nasarawa and Taraba States.

Engineer Sule explained that, based on the request, the COAS has accepted to set up two military super camps in Awe and Karu Local Government Areas.
Chima Ugo is a patriotic Nigerian, a journalist, blogger and singer who is so much interested in the internet, journalism, and blogging and have been for half a decade.