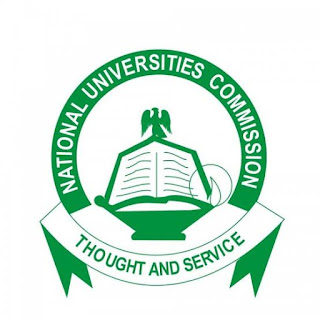 The Federal Government, through the National Universities Commission, has called on qualified Nigerians to apply for Chevening scholarships, a British government initiative.
The call comes amid the Academic Staff Union of Universities' ongoing strike.
This was stated in a letter signed by Chris Maiyaki, the NUC's Deputy Executive Secretary, Administration, and addressed to all vice-chancellors.
"The National Universities Commission has received the letter from the Ministry of Foreign Affairs, Ref. TSW/BRI/V/T, dated 12 August 2022, with the attached Call Letter from the British High Commission Abuja, dated 3rd August 2022, on the above subject," the commission stated.

"The British High Commission has announced the call for applications for Chevening Scholarships to study in the United Kingdom, which will open on August 2nd, 2022 and close on November 1st, 2022."
"The Chevening Scholarships are fully funded scholarships awarded to individuals from all backgrounds who demonstrate the necessary skills and commitment to effect positive change."
"As a result, I am writing to forward the Call Letter to Vice-Chancellors for immediate attention and wide distribution in your various universities."

Individuals interested in applying should do so at www.chevening.org/apply.
"Full eligibility criteria and scholarship specifications can be found at www.chevening.org/scholarships."
Please accept my renewed assurances of the Executive Secretary's highest considerations, as I have done previously," it concluded.
Precious is the Asst. Senior Editor for Prime 9ja Online= A Devoted Child of God= Patriotic Nigerian= Legit blogger= Five-star journalist= Exclusive Entertainer