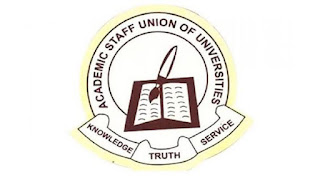 The Committee of Vice-Chancellors of Nigerian Universities has stated that stakeholders in the education sector across the country are succumbing to the wishes of the terrorist organization Boko Haram as a result of the Academic Staff Union of Universities' prolonged strike.

Prof. Samuel Edoumiekumo, chairman of CVCNU, explained to The MEDIA on Sunday that the government and all concerned stakeholders, including the presidency, previous governments, governors' forum, and parents, had not demonstrated commitment to education and ASUU's demands.

This, he claimed, was proof that the country was succumbing to Boko Haram's mission, as Boko Haram means "Western education is forbidden."

The MEDIA previously reported that ASUU had declared a total and indefinite strike on August 29, 2022, in response to the Federal Government's failure to meet its demands.

"For me, stakeholders in this country are succumbing to Boko Haram because Boko Haram means we don't want western education," Edoumiekumo said.

"If we keep going like this, Boko Haram will have won the war." 'We don't want to go to school; we don't want to go to university,' they say. We are succumbing to this instead of the government prioritizing education in order to win the war against Boko Haram. I'm pleading as the chairman of CVCNU, the work is on my shoulders; let all stakeholders join hands to support education in Nigeria.

"With the ASUU strike, we are succumbing to Boko Haram; let us not succumb to Boko Haram, but work on our education challenges," he added.

He also urged the government and all stakeholders in the education sector to resolve the ongoing ASUU strike as soon as possible, adding that no nation, no leader, would rise above its intellectual prowess.