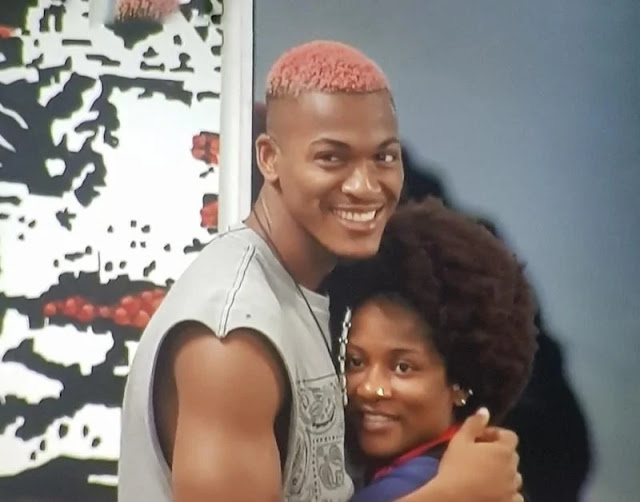 Newly evicted BBNaija ‘Level Up’ housemate Groovy has affirmed his relationship with Phyna.

Groovy doused the tension of the ‘Groovy-Phyna’ shippers during his post-eviction chat with the show’s host, Ebuka Obi Uchendu.

Ebuka quizzed: “This thing with Phyna, how serious is it? Is it something that came up with the game or is genuine?”

Responding, the entrepreneur said: “It’s genuine. It didn’t come up with the game. I just feel like, from the moment we moved down to Level 1 downstairs, it was just like a new vibe, new energy, new space.

“With what happened with Beauty, if we had remained upstairs, I don’t think I’d have been able to dive into that because I didn’t like the whole energy going on upstairs.

“So, when we went downstairs, I just felt like, you know…like I said before new space and I was just getting to know everybody.

“And obviously, she had already joked about the fact that she liked me before. But I didn’t want to go into that because I was with Beauty at the time. So I just feel like we ‘vibed’ and just gravitated towards each other.

Groovy, fondly called the ‘ladies man’ by the fans of the reality TV show, was involved in a number of romantic adventures.

He was romantically involved with Beauty Tukura but flirted with Chomzy after which he moved to Phyna after the eviction of the duo.
Chima Ugo is a patriotic Nigerian, journalist and blogger who is so much interested in the internet, journalism, and blogging.