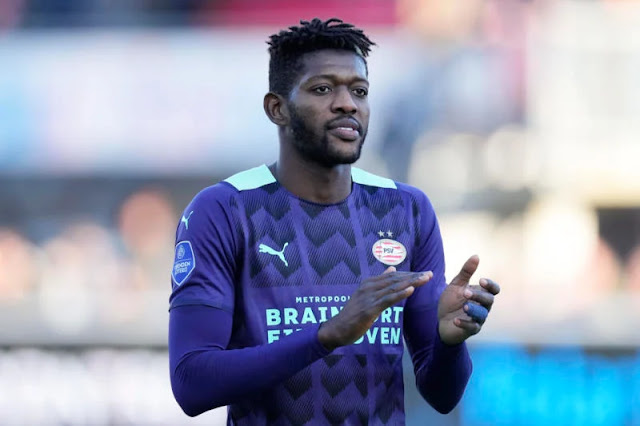 According to sources in the Netherlands, Chelsea's late attempt to sign PSV midfielder Ibrahim Sangare was unsuccessful.
Prior to Thursday night's 11 p.m. transfer deadline, Thomas Tuchel is eager to bolster his team, and Chelsea has narrowed its search to one new midfielder.
This summer, Frenkie de Jong has been in talks with Chelsea about a transfer, but the Dutch international is set on sticking at Barcelona.
Eindhovens Dagblad reports that Chelsea contacted PSV this week on the availability of Sangare and expressed a willingness to pay up to €45 million (£38.9 million) for the midfielder.
However, PSV have turned down Chelsea’s advances and the 24-year-old is now set to stay at the Dutch club as they are unable to sign a replacement because the Eredivisie’s transfer window is closed.

Had Chelsea acted earlier this summer, they could have signed Sangare for €37m (£31.9m) due to a release clause in his contract.

But the Ivory Coast international signed a new deal with PSV in August, which removed his previous release clause and runs until 2027.

Chelsea have also been linked with a deadline day move for Aston Villa midfielder Douglas Luiz.

‘I would like to keep him. I think he is in a fantastic player. I have made that abundantly clear,’ Villa manager Steven Gerrard said on Wednesday evening.

‘We are not in a position where we need to lose our top players but at the same time Douglas has a year to go.’

Elsewhere, Chelsea are hopeful of completing a deal with Barcelona for Pierre-Emerick Aubameyang before Thursday’s deadline.

The move would involve Marcos Alonso moving to Barca and the Spanish defender was spotted in Madrid on Wednesday ahead of his transfer.