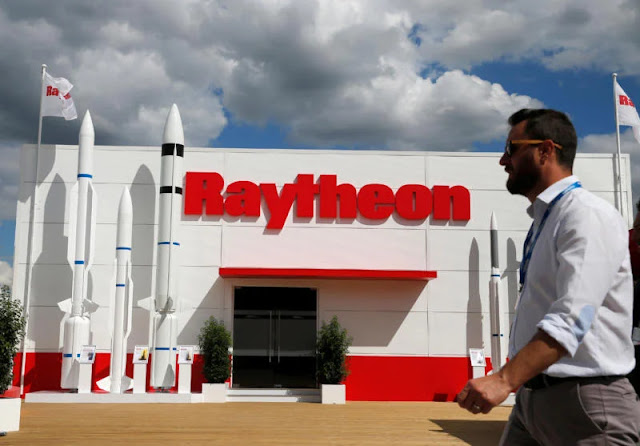 According to a spokeswoman for the Chinese foreign ministry, China has issued sanctions against the CEOs of Boeing Defense and Raytheon for their participation in Washington's most recent arms sales to Taiwan.
The US State Department's approval of the sale of military equipment to Taiwan for $1.1 billion earlier this month prompted the announcement of penalties on Friday against Ted Colbert, CEO of Boeing Defense, Space, and Security, and Gregory Hayes, CEO of Raytheon Technologies Corp.
60 anti-ship missiles and 100 air-to-air missiles are included in the deals, and their respective major contractors are Raytheon and Boeing Defense, a branch of Boeing.
According to Mao Ning, a spokesman for the foreign ministry, Colbert and Hayes will face sanctions "to defend China's sovereignty and security interests," citing "their involvement in these arms deals."
Mao did not elaborate on what the sanctions would entail or on how they would be enforced on the CEOs.

“The Chinese side once again urges the US government and relevant entities to … stop selling arms to Taiwan and US-Taiwan military contacts,” Mao said.

The Pentagon announced the package in the wake of China’s aggressive military drills around Taiwan following a visit last month by US House of Representatives Speaker Nancy Pelosi, the highest-ranking US official to travel to Taipei in years.

China in February sanctioned Raytheon and Lockheed Martin following the announced sale of $100m in upgrades to Patriot missiles for Taiwan.

Under China’s Anti-Foreign Sanctions Law, individuals can be banned from entering China, visas can be refused, seizing and the freezing of assets is allowed, deportations can be conducted, as well as other measures, China’s State-run Global Times newspaper reported.

The announcement marks the first time Beijing identified and imposed sanctions against individuals from these companies.

Beijing considers the self-ruled island of Taiwan a wayward province that it has promised to bring under control, by force if necessary.

Taiwan rejects China’s sovereignty claims, saying only its people can decide their future and pledges to defend itself if attacked.
Chima Ugo is a patriotic Nigerian, a journalist, blogger and singer who is so much interested in the internet, journalism, and blogging and have been for half a decade.