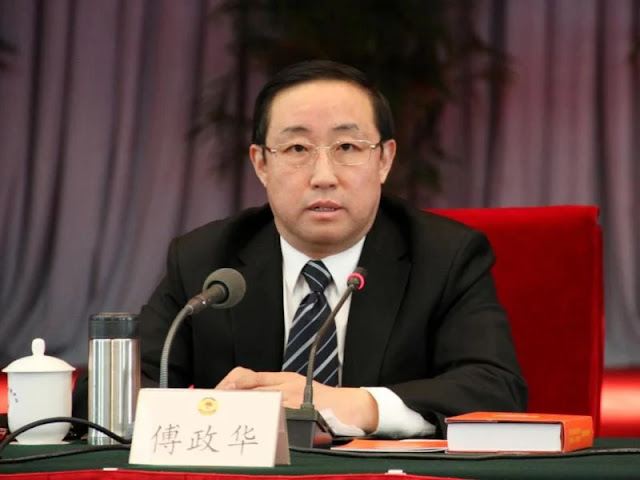 Fu Zhenghua, a former justice minister of China who spearheaded multiple anti-corruption campaigns, was found guilty of taking more than $16 million in bribes and was given the death penalty.
In July, Fu admitted to accepting gifts and money totaling 117 million yuan, or $16.5 million, for his own benefit.
Fu was given a death sentence by a Changchun court on Thursday, which will be converted to life in prison after two years.
His sentence coincides with an unexpected crackdown on government figures before a crucial Communist Party convention the following month.
According to Chinese media, a 67-year-old man was given a death sentence with a two-year parole period that will be reduced to life in prison without the option of bail.
Ahead of Fu’s court trial in the north-eastern city of Changchun, China’s anti-graft agency revealed earlier this year that Fu had also been part of a “political gang” of Sun Lijun – one of the most prominent officials from the security apparatus to be targeted since Zhou’s conviction in 2015.