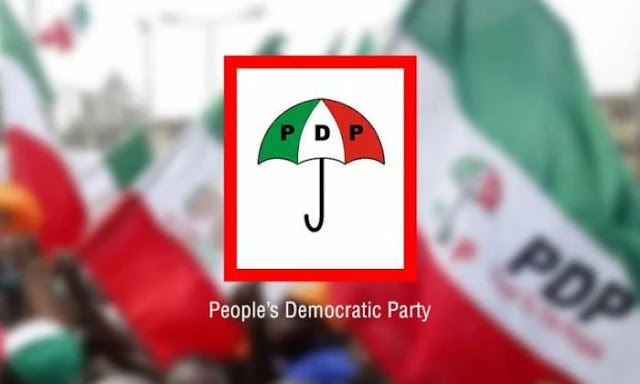 The People's Democratic Party, PDP, in Enugu State, delivered N2,000,000 in "kola" money, which the Nsukka Anglican Diocese stated it had rejected because it went against church doctrine, yesterday.
The diocese added that it had prayed and had also advised the candidates to run issue-based campaigns that the rejection was not meant to reflect poorly on the party or its candidates in the upcoming general elections in 2023.
However, despite claims in the media that the diocese turned down N10,000,000,000 from PDP, Venerable Ike Ugwu stated that only N2,000,000.
It read: “Re: Anglican Clergy Reject PDP’s N10 million ‘Kola’. “The Nsukka Anglican Diocesan Bishop, Rev A. E. Agbo JP, and the members of Nsukka Anglican Diocesan Clergy Association would have preferred to keep quiet and not join issues with the author of the trending online story about our noble and Godly Clergy association rejecting the cash gift offered to us by the Enugu State gubernatorial candidate of the People’s Democratic Party, Mr. Peter Mbah, his running mate Mr. Ifeanyi Ossai and candidates of other offices on September 1st, 2022 during the Clergy Association’s meeting held at the Lady Chapel of St. Paul’s Cathedral Nsukka presided over by the Chairman Ven. Dr. Collins Ike Ugwu but for the records and to avoid misleading the public, it becomes pertinent at this time that we make the following remarks.

“The Diocese resolved as a matter of principle not to receive cash in any disguise from political parties and/or their candidates either as “Kola” or whatever name it’s given.

” We did not reject the cash gift to malign the Enugu State Candidates of the People’s Democratic Party, PDP, and or the PDP-led Enugu State Government under His Excellency , Dr. Ifeanyi Ugwuanyi.

“We had a good interactive session with the gubernatorial candidate ably represented by the Deputy Governorship candidate Mr. Ifeanyi Ossai, candidates of other offices, and many other party chieftains devoid of any suspicion and bad blood.

“What they offered us was Two Million Naira only (N2,000,000:00), which we rejected as a matter of our principle.”
Chima Ugo is a patriotic Nigerian, a journalist, blogger and singer who is so much interested in the internet, journalism, and blogging and have been for half a decade.