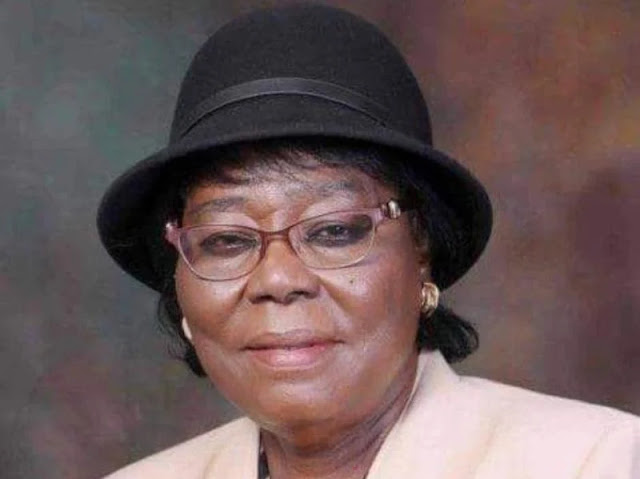 Clara Ogunbiyi has been proposed by the Police Service Commission (PSC) management to serve as the commission's interim chair.
In a statement on Thursday, Ikechukwu Ani, the PSC's director of press and public relations, revealed the development.
Her nomination came after Musiliu Smith's resignation, which was purportedly due to health reasons.
Ogunbiyi's nomination is contingent upon President Muhammadu Buhari appointed a new substantive chairperson, according to the PSC spokesman.
When Ogunbiyi turned 70, he was required to resign from the Supreme Court, which he did in 2018.
“The Chairman of the Police Service Commission, Alhaji Musiliu Adeola Kunbi Smith, a retired Inspector General of Police has formally resigned his appointment,” the statement reads.

“His resignation which has been accepted by Mr President takes immediate effect. Alhaji Smith retired on health grounds.

“Following his resignation and in pursuant to Schedule 2(4) sub-section 2(2) of the Police Service Commission Establishment Act 2001, members of the Management of the Commission met yesterday, Wednesday, September 14th, 2022, and nominated a colleague, Justice Clara Bata Ogunbiyi, a retired Justice of the Supreme Court, as the acting [chairperson] pending the appointment of a new chairman by Mr President.

“Justice Ogunbiyi, who was until her nomination the Commissioner 1 in the Commission and next in the hierarchy to the former chairman, expressed her appreciation to her colleagues for the confidence reposed in her and pledged to run an inclusive administration based on the rule of law.

“She said the Commission deserves the best and promised to ensure that the management will do everything possible to give the staff a Commission they will be proud of.”

Giving an update on the strike by the PSC joint union congress amid the controversy over the recruitment of police constables, Ani said the strike has been suspended “to allow the new management to look into its demands”.

“The present management of the Commission was inaugurated on the 25th of July 2018 and is expected to exit on the 24th of July 2023,” he added.
Chima Ugo is a patriotic Nigerian, a journalist, blogger and singer who is so much interested in the internet, journalism, and blogging and have been for half a decade.