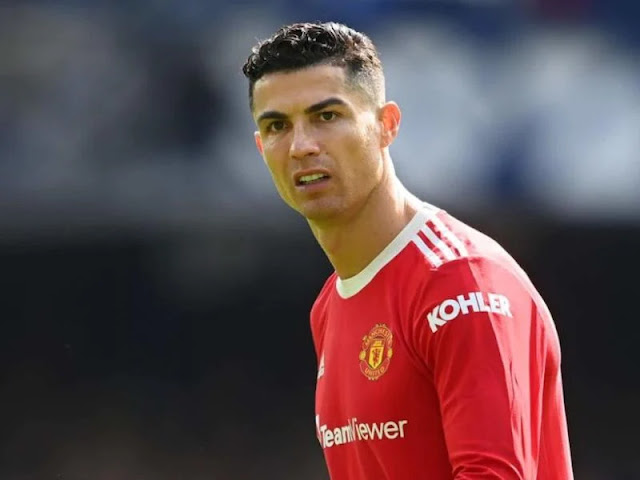 A complaint of "improper and/or violent conduct" has been brought against Cristiano Ronaldo in relation to an incident that happened following a match between Manchester United and Everton in April.
Ronaldo appeared to seize a phone from an Everton fan's hand and hurl it to the ground as he left the field after United lost 1-0 at Goodison Park.
Following that, the 37-year-old was accused of violating FA Rule E3.
Ronaldo might receive a fine and/or a suspension if proven guilty.
A short statement from United read: “We note the FA announcement in relation to Cristiano Ronaldo. We will be supporting the player in his response to the charge.”