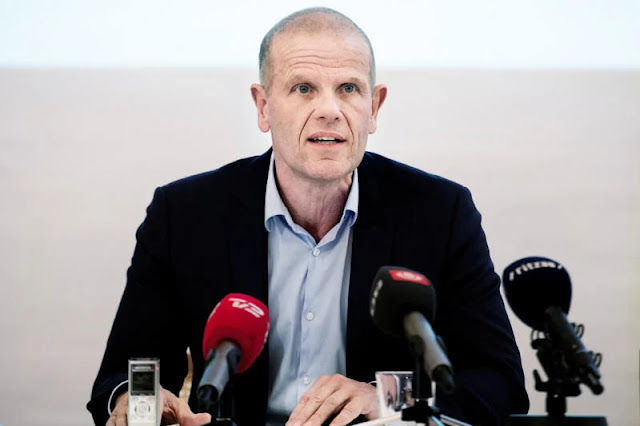 In the most recent development in a security controversy, Denmark's state prosecutor announced on Friday that it had accused the country's suspended head of its foreign intelligence section of disclosing highly sensitive information.
According to the prosecutor's office, Lars Findsen, who has previously denied any wrongdoing, was charged with disclosing state secrets to six individuals, including two journalists, over the span of 16 to 17 months.
Claus Hjort Frederiksen, a former defence minister, said in January that he had been charged preliminary under the same statute.
Later, lawmakers decided against taking away Frederiksen's parliamentary immunity, and his prosecution of him stalled. He declared at the time that he would never consider taking any action that could harm Denmark or its interests.
The precise charges have not been made public, but Frederiksen suggested to local media they were based on public statements made by him about a secret surveillance agreement between Denmark and the U.S. National Security Agency (NSA).

On Friday, the prosecutor said Findsen could be sentenced to the prison of up to four years under the charges, some of which belong to a section of the penal code which includes treason.

Findsen, who in January called the charges “completely insane”, did not immediately comment on Friday and his lawyer only confirmed the charges.

He was arrested and suspended from duty in December last year along with three other current and former employees of the country’s two intelligence agencies.

Findsen was released from custody in February. The others had been released earlier.

Most of the hearings linked to the cases have been heard behind closed doors. A court will decide whether that will continue in Findsen’s prosecution, the prosecutor’s office said.
Chima Ugo is a patriotic Nigerian, a journalist, blogger and singer who is so much interested in the internet, journalism, and blogging and have been for half a decade.