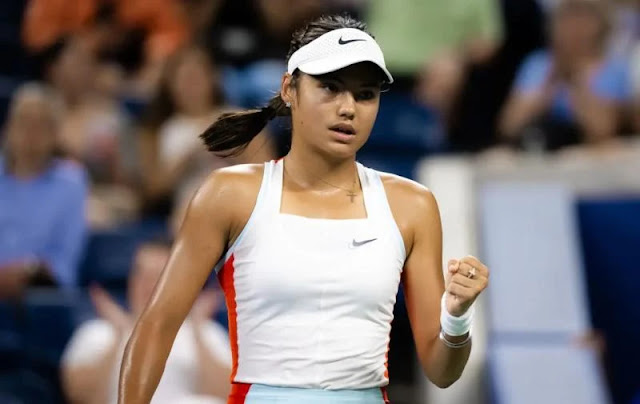 At the Korea Open on Wednesday, Moyuka Uchijima of Japan, the 126th-ranked player, was defeated by former US Open champion Emma Raducanu after a late stutter.
The British player, 19, triumphed 6-2, 6-4 in Seoul to advance to the round of 16, after his US Open defence was ended in the first round last month.
Yanina Wickmayer of Belgium will compete as the sixth seed.
After failing to capitalise on her unexpected victory at Flushing Meadows the previous year, Raducanu rose to a career-high ranking of 10 in the world but is presently ranked 77th.
After tearing through the first set, the teenager ramped up the tempo in the second to storm into a 5-0 lead in less than 20 minutes.
A Raducanu double-fault in the sixth game gave Uchijima a whiff of survival and the Japanese won four straight games before Raducanu finally sealed the match with a 114-kilometer-per-hour ace.

The match lasted one hour and 18 minutes.

Raducanu burst onto the scene last year when she made history by emerging from qualifying to claim a maiden Grand Slam title.

It was the first time a qualifier had won a major.
Chima Ugo is a patriotic Nigerian, a journalist, blogger and singer who is so much interested in the internet, journalism, and blogging and have been for half a decade.