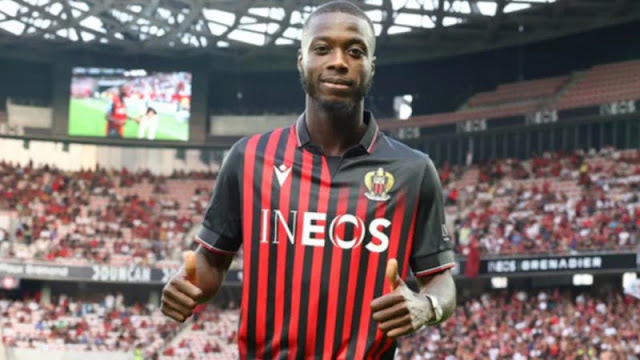 Nicolas Pepe, an Arsenal loanee, forfeited 25% of his salary to sign with Nice.
After failing to persuade Gunners manager Mikel Arteta that he is first-team material, the winger is on loan with a French club.
Pepe reportedly handed up a fourth of his salary because he was so desperate to leave his circumstances at Arsenal, according to L'Equipe.
He was the club's record acquisition in 2019 for €80 million, so his salary is above the means of a team like Nice.
But taking a wage reduction allowed him to close the transaction, allowing him to routinely show off his skills and restart his career.
Pepe will be looking to pique interest in a summer transfer away from Arsenal.
Chima Ugo is a patriotic Nigerian, a journalist, blogger and singer who is so much interested in the internet, journalism, and blogging and have been for half a decade.