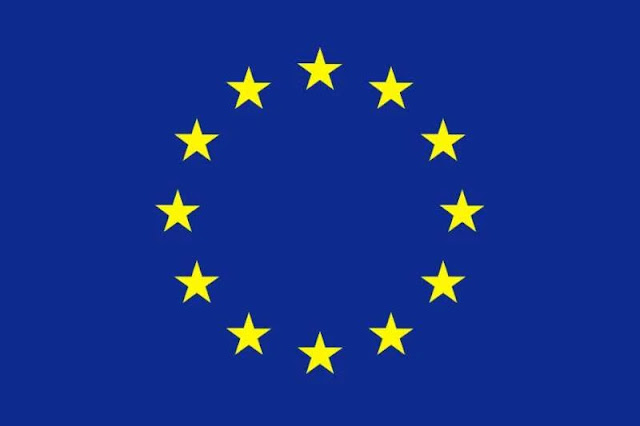 Since the restart of Nigeria's ongoing democratic experiment, the European Union, or EU, has committed 150 million euros to elections in that country.
The group added that 39 million euros have been set aside to support the country's electoral procedures from 2022 to 2027, saying that the project would be carried out until 2027, with a focus on six key components.
The Independent National Electoral Commission, or INEC, was cautioned against outside involvement with its operations during the upcoming general elections.
“INEC must be allowed to operate free from outside pressure, and in turn must demonstrate full neutrality and professionalism,” it said.

Amb. Samuela Isopi, EU Ambassador to Nigeria and ECOWAS, who said these in Abuja, in message at the Programme Launch of the EU-Support to Democratic Governance in Nigeria,EU-SDGN, explained that the money was used in providing technical support to key electoral institutions and stakeholders in the country.

The event,Amb. Isopi explained,was to mark the official closure of Phase I and the launch of Phase II of EU’s flagship democracy support programme.

“The European Union has provided technical support to key electoral institutions and stakeholders since Nigeria’s return to democratic rule in 1999, with over a hundred and fifty million euros (150 million euros) committed so far. Phase 1 of the EU-SDGN programme contributed to the reform of the electoral process by building capacities, strengthening institutions, strengthening the role and participation of civil society, contributing to the reform of the legal framework,”he said.

According to the ambassador,”The EU Support to Democratic Governance in Nigeria (EU SDGN) testifies to our continued partnership with Nigeria. A partnership that has grown in mutual respect and benefit since Nigeria’s return to democratic rule in 1999.”

“The rule of law, human rights and democracy are the founding principles of the European Union.

“The support to democracy worldwide is not just consistent with the European Union’s fundamental values, it is part of our interests and remains a crucial tool in our foreign policy and in our engagement with partners across the world..

citizens’ needs and build prosperous, resilient and strong societies. It is with this belief in mind that the support to electoral processes is a key element of the EU’s cooperation policy with its partners,”she added.

According to her,”Building on the success of the first phase, the Identification and Formulation of phase II of the programme was done in consultation with the Nigerian Government and key stakeholders such as the Independent National Electoral Commission (INEC) and civil society organisations.”

She explained that,”The overall objective of the programme is to foster a functioning pluralistic, inclusive, participatory and representative democracy in Nigeria.”

“Even though today marks the official launch of the programme, implementation started five months ago in April 2022, a month before the end of Phase 1.

Explaining that,”The programme of which the total amount is 39 million euros – will be implemented until 2027, with a focus on six specific components”,she listed the components as “Improve the quality of electoral administration in Nigeria;Strengthen capacities for legislative and judicial reform in compliance with democratic principles and standards • Enhance pluralism, internal democracy and equality of opportunity in the political parties and the political party system; Empower media, including new media to promote fair and ethical coverage of the electoral process and combat hate speech and disinformation and enhance participation of women, youth and other marginalized groups in the political process Empower civil society organisations and relevant agencies to demand greater transparency and accountability in the electoral and decision making process, and promote greater citizens’ participation.”

“The European Union will continue to provide targeted support by building on the successes of the past electoral cycles and taking forward the very significant lessons learned within the period,”she said.

“As the largest democracy in Africa, elections in Nigeria matter. They matter to Nigeria and Nigerians, they also matter for Africa as their outcome will be watched and felt well beyond its borders.

“Nigeria has the responsibility to lead and inspire other democracies on the continent,”she added.

She noted that,six months ahead of the 2023 General Election, Nigeria is at a pivotal moment in the process.”

“Who wins the elections is for the Nigerian people to decide.As a longstanding partner, the EU shares Nigeria’s interest to see a solid process leading to peaceful, free, fair and credible elections. we would like all Nigerian voters to peacefully and freely cast their vote to choose their leaders and contribute to strengthening their country’s democracy and good governance. We are particularly keen to see greater participation of youth, women and people with disabilities,”she added.

She said,”The mobilisation we have been witnessing across the country – especially among the youth – to register in view of next elections is a strong sign: it is a message from the Nigerians, from the youth in particular, that they believe in democracy.”

“It is also a sign of trust in the electoral process that has made tremendous progress over the past few years and months, thanks to the reforms and the technical innovations introduced by INEC to make elections more transparent and more credible, and to reassure voters that their votes will count and will be respected,”she further said.

She spoke further:”The electoral campaign will start in two weeks. As a friend of Nigeria, we would like to see peaceful and issues-based campaigns and we would like to encourage all stakeholders to take a firm stance against violence and hate speech.

“The 2019 Peace Accords facilitated by the National Peace Committee played an important role and we welcome new efforts and commitments towards that goal.

“We must all support and respect the fundamental and independent role of the Independent National Electoral Commission (INEC) as it fulfils its constitutional mandate.

“INEC must be allowed to operate free from outside pressure, and in turn must demonstrate full neutrality and professionalism.

“Tremendous progress has been achieved. The new electoral act is a major step forward and its full implementation together with the technical reforms introduced by INEC have the potential to make 2023 general elections a milestone in Nigeria’s democratic history.”