France boss: Paul Pogba ‘will do everything to recover’ in time for World Cup 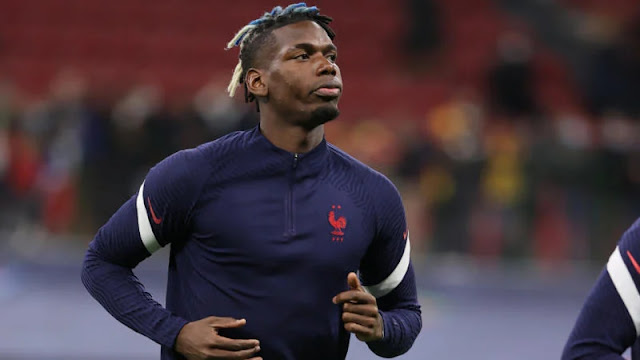 According to France head coach Didier Deschamps, Paul Pogba “will do everything to recover as quickly as possible,” but the midfielder knows time is not on his side.
Early in September, Pogba underwent external meniscus surgery; he won’t be able to play for another six weeks.
With less than two months until the World Cup in Qatar, this casts tough questions on the 29-year-ability old’s participation.
Pogba will make every effort to recuperate in time, according to Deschamps, who told Telefoot: “I know Paul well. He will try to heal and be with us in November as quickly as possible.
“But the timing is short. He will come provided he is fit and in competitive mode.”

Pogba is yet to make a competitive appearance for Juventus since he returned on a free transfer from Manchester United in July.

And Deschamps already insisted on Thursday he will not take the midfielder to Qatar if he is unfit, saying: “If he is recovered, it would be a very good thing.

“He won’t come if he’s not fit. He doesn’t want that either. It’s inconceivable. The number of players who will be there, they will all be ready to play.”

Pogba was not the only notable player to be ruled out of Deschamps’ France squad for their upcoming Nations League fixtures, with Karim Benzema, N’Golo Kante and Presnel Kimpembe among the other absentees from the games against Austria and Denmark.

The 2018 World Cup winners have much work to do to avoid relegation from the Nations League’s top tier, having drawn two and lost two of their opening four matches in Group A1.
Chima Ugo is a patriotic Nigerian, a journalist, blogger and singer who is so much interested in the internet, journalism, and blogging and have been for half a decade.