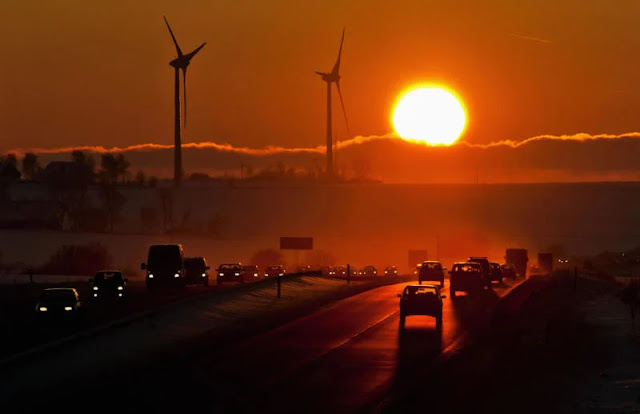 The African Youth Assembly demanded payment from wealthy Western countries to compensate Africa for the effects of climate change.
Mathew Greene, the assembly's West Africa Regional Speaker, made the request in a statement on Friday in Jos.
According to Greene, the actions of the developed countries have caused an image change in Africa, making compensation necessary.
He explained that actions needed to be taken to prevent the situation because the developed countries' activities had increased the discharge of greenhouse gases with large potentials for global warming on Africa.
”Countries of the Global South should respond accordingly to the alarming need to compensate the countries of the Global North for the impact of their activities on climate change.

”The series of engagements from the United Nations Framework Convention on Climate Change should ordinarily have compelling force on the Global South to act speedily in terms of embracing a global respond for climate change.

”The Intergovernmental Panel On Climate Change, have, on account of its guiding discussions, fingered the developed countries for contributing immensely in the release of green house gases with high global warming potentials and highly positive radiative forces thereby posing the thread to global warming.

”If the average global warming is left to exceed two degree celsius, Africans will be bedevilled by diseases, desertification and drought of immeasurable standard for an act we have zero or unrecognisable contribution,” he said.

He maintained that to address the situation, developed countries should support Africa with the technical know how and funding in order to fight global warming.

”To avert the aforementioned menace, the developed countries must rise up to the occasion and provide us with not only meaningful funding alone but also the technology that will aid Africa protect itself against the heinous impact of climate change,” he said.

Green explained that the assembly was the convergence of African youths from 45 countries in the continent, with the interest of advancing the African project.

Newsmen report that in October, the world will gather in Egypt for the United Nations’ annual climate summit.

This will be the 27th Conference of Parties which has met every year since 1995 to negotiate international climate action.

Once attended, mostly by meteorologists and other scientists, as the impacts of climate change have become undeniable, the gathering has grown in significance.

Trillion-dollar financial commitments and major energy initiatives are unveiled at each COP.

This year’s summit is the first on the African continent since 2017 when it was held in Morocco.

For negotiators and climate advocates based there, many of whom are deeply frustrated with the direction of international climate policy, COP27 is a crucial opportunity to make Africa’s case for more financing and support.

The United Nations said despite producing less than four per cent of the world’s carbon emissions on the whole, Africa is already facing some of the worst and most tangible effects of climate change so far.

The UN says temperatures on the continent have risen at a faster pace than the global average, and this year alone, a warming climate has been linked to devastating tropical storms in Madagascar and Mozambique, flooding in South Africa and one of the worst droughts in the Horn of Africa.

The Mo Ibrahim Foundation estimates that 40million people in Africa could be pushed into extreme poverty by 2030 due to the ripple effects of climate change.
Chima Ugo is a patriotic Nigerian, journalist and blogger who is so much interested in the internet, journalism, and blogging.