Goodluck Jonathan: We must be vigilant to save democracy in 2023 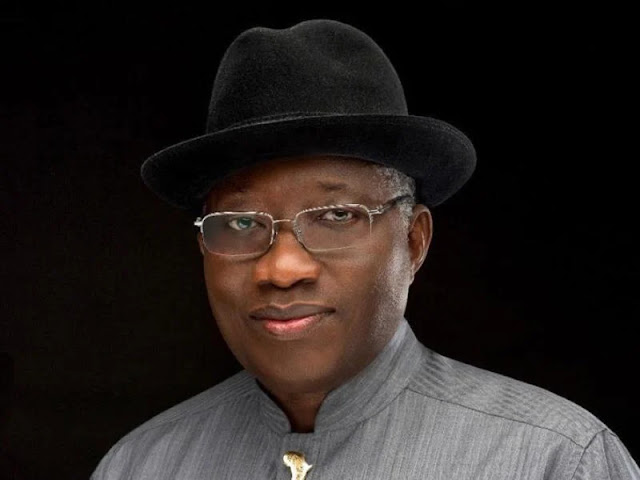 Former President Goodluck Jonathan advised Nigerians to use the upcoming 2023 elections to preserve the nation's democracy rather than to let their guard down.
In his sermon delivered yesterday during Bishop Matthew Kukah's birthday celebration in Abuja, he made the request.
Governors of Ekiti, Kayode Fayemi; Plateau State, Simon Lalong; Secretary to Government of the Federation, Boss Mustapha; APC presidential candidate Bola Ahmed Tinubu; and his running mate, Senator Kashim Shettima, are among the dignitaries present on this occasion.
Others are Apostolic Nuncio, Archbishop Antonio Filippazi; Archbishop of Abuja, His Grace Most Rev. Ignatius Kaigama; the Sultan of Sokoto, Alhaji Sa’ad Abubakar; the President, Christian Association of Nigeria, Archbishop Daniel Okoh; former governor of Sokoto, Attahiru Bafarawa; former governor of Imo, Emeka Ihedioha; the National Chairman of Labour Party, LP, Julius Abure; and the Director-General of Budget Office, Ben Akabueze, among others.

Speaking on the theme of the event, ”Nigeria’s Unfinished Greatness: Next steps”, Jonathan urged Nigerians to remain vigilant and put all hands on deck to choose leaders that would take the nation to the promised land

He said: “Obviously, many people, especially our youths, are becoming increasingly disillusioned about our politics and our democracy.

“However, we must remain on the democratic path because it is the only practical way of effectively managing our diversity, developing sustenably and recording progress as a nation.

“The task before all of us is not to lower our guard, lest the democracy we cherish today, succumbs to threats and recedes into fascism tomorrow.

“Towards this goal, we are again faced with a good opportunity of choosing our leaders as the nation prepares to go to the polls next year. Let us choose those that will take us to the desired destination and the promised land.

“I am particularly thrilled that Nigerian youths are participating actively in the politics of 2023. According to the latest figures from INEC, youths constitute the majority of the 96.2 million registered voters, in the build-up to the next election. That is a good sign.”

He charged the youths that have registered ahead of the 2023 elections to endeavor to walk their talk by making sure they come out to vote on election day.

Jonathan said: “They should, by all means, resist the machinations of unscrupulous politicians who would wish to exploit them by luring them to commit acts of violence or disrupt the process of free and fair elections.“”Our recent experience with the heightened youth interest in politics shows how desirous they are of participating directly in the governance process.”

“They now know better not to lend their youthful energy to unpatriotic acts, during elections.”

The former Nigerian leader described Nigeria as a work in progress; adding that until that work was done, people like Bishop Kukah, who serve as the conscience of the nation, will continue to be around to constantly hold the mirror of the nation’s progression to its face.

“In the course of the last few years since I left government, I have been involved in the work of promoting democracy, credible elections and peaceful transitions across Africa.

“From what I know and have seen, I can confidently say that the experience and struggle for development are similar in many parts of Africa.“”Nigeria may not be where we want it to and should be, but we should not give up or lose hope by focusing on only the negative.“”Judging from where we are coming since independence in 1960, we may have been moving slowly in our journey of nationhood, but it is a journey of progress, all the same.

“Our greatness is still work in progress because we have not been able to adequately deploy the enviable human and natural resources that God gave us, to full advantage. It is a task we will continue to work on and improve.

“A nation is an organic being that sometimes suffers setbacks. Along the line, from 1960, the nation no doubt has had its own doses of setbacks. This cuts across civil and military rule. The worst was the three-year civil war. “”In every set back, there are always lessons to be learnt and positive take aways from such painful experiences that should guide us to a more productive future..”
Chima Ugo is a patriotic Nigerian, a journalist, blogger and singer who is so much interested in the internet, journalism, and blogging and have been for half a decade.