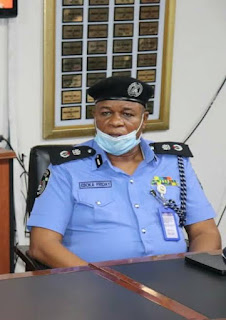 Salvation Harry, a commercial bus driver, was killed by gunmen who ambushed him and his passengers near the Abonema/Degema/EmuohaEmuoha/Kalabari area of the East-West Road in Rivers State.

After killing the driver, who was transporting his passengers from Port Harcourt's Mile One Park to Buguma, the gunmen abducted eight passengers and fled the scene.

The MEDIA gathered that the suspects used a bad section of the road to commit the crime on Saturday and later released one of the victims after he paid N150,000.

A driver, who did not want his name published for security reasons, bemoaned the frequent attacks on motorists on the road.

"We had protested on the Kalabari-Emuoha-Buguma road due to a series of kidnappings and shootings of our drivers and passengers."

A representative was even sent by the state Commissioner of Police. However, kidnapping attempts and incidents have increased.

"The worst happened yesterday; the miscreants murdered one of our drivers, Salvation Harry, and the occupants of the vehicle are in the bush with the kidnappers. We don't know what to do because we have lost faith in the government. They will never be able to protect lives and property again," the driver said.

When contacted, Grace Iringe-Koko, the state Police Public Relations Officer, stated that an investigation was underway to ensure the rescue of the travelers as well as the arrest of the abductors.

"Yes, we are aware of it, and we have launched an investigation into the incident, as well as a manhunt to apprehend the kidnappers," she said.