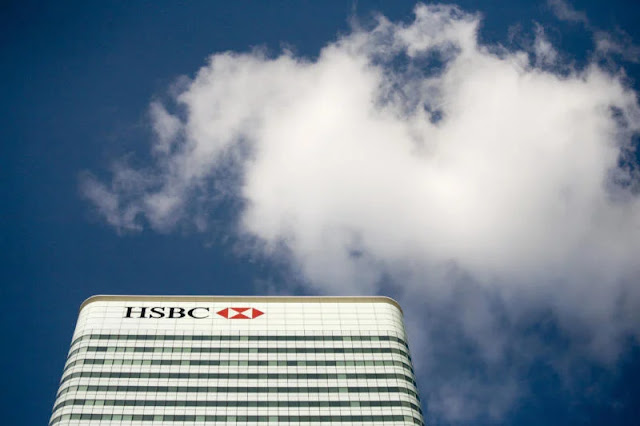 According to a staff document seen by Reuters on Thursday, HSBC is debating whether to keep its global headquarters in Canary Wharf, London, a decision that may see the bank move after more than 20 years to a new location.
Prior to its contract at the 45-floor tower at 8 Canada Square expiring in early 2027, the bank stated that it wished to evaluate its "best future location in London."
HSBC has long debated where to locate its headquarters, with some stakeholders wanting it to move it to Asia, where it generates the majority of its revenues. It is currently defending itself against demands for a breakup from its top investor.
According to the memo, the bank said the review would include the option of staying and renovating the tower which bears its name, but it would keep its global headquarters in London.

HSBC has occupied the skyscraper – one of the tallest buildings in Canary Wharf and an icon of Britain’s banking industry – since 2002.

It has been home to up to around 8,000 HSBC employees, some of whom refer to the skyscraper as the ‘Tower of Doom’.

Besides flagging a possible relocation, the memo also outlined the lender’s approach to hybrid working since the COVID-19 pandemic and was signed by the bank’s group chief operating officer John Hinshaw.

“It will be much more digitally enabled to help us work smarter, and will be sustainably designed to help meet our net zero commitments.”

HSBC said it would occupy 25% less space in the tower by closing some floors and relocating teams, to lower the cost of running the building and save energy.

A HSBC spokesperson confirmed the contents of the memo.

Lenders globally have been shedding office space since pandemic lockdowns triggered a revamp in working patterns, with many more staff working at least some of their time from home.

HSBC has a commitment to axe around 40% of its office space – one of the most swingeing cuts targeted by a major bank.

News of the review at HSBC, one of the largest and highest profile tenants on the Canary Wharf estate, will reignite a tussle for the title of London’s preeminent banking hub.

In recent years, Canary Wharf has gained considerable ground on the UK’s historic financial centre known as the City, after attracting banks like Societe Generale and JP Morgan, as well as dozens of retail and restaurant chains that have turned the Docklands area into a thriving business and leisure destination.

Other banks with presence on the estate include Morgan Stanley, Credit Suisse, Barclays and Citi.

Canary Wharf Group did not respond to a request for comment.
Chima Ugo is a patriotic Nigerian, journalist and blogger who is so much interested in the internet, journalism, and blogging.