IAEA report: Iran has enough uranium near weapons-grade for a bomb 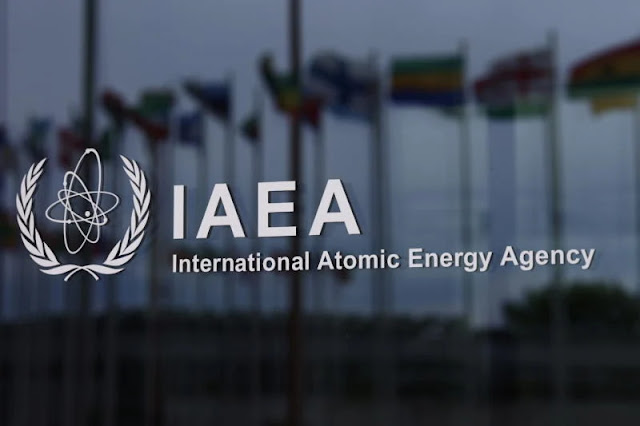 Iran’s stock of uranium enriched to up to 60%, close to weapons-grade, has grown to enough, if enriched further, for a nuclear bomb, a report by the United Nations nuclear watchdog showed on Wednesday.

Passing that threshold is a milestone in the unravelling of the 2015 nuclear deal between Iran and world powers, which capped the purity to which Iran was allowed to enrich uranium at 3.67%, well below the 20% it achieved before the deal and the roughly 90% that is weapons grade.

Washington’s withdrawal from the deal under then-President Donald Trump and its reimposition of sanctions against Tehran that had been lifted under the deal prompted Tehran to breach the deal’s nuclear restrictions.

“Iran now can produce 25 kg (of uranium) at 90% if they want to,” a senior diplomat said in response to Wednesday’s International Atomic Energy Agency report seen by Reuters when asked if Iran had enough material enriched to 60% for one bomb.

The report said Iran’s stock of uranium enriched to 60% and in the form of uranium hexafluoride, the gas that centrifuges enrich, was estimated to be 55.6 kg, an increase of 12.5 kg from the previous quarterly report.

It would take Iran roughly three to four weeks to produce enough material for a bomb if it wanted to, the diplomat said, adding that it would take the IAEA two to three days to detect a move in that direction. Iran denies intending to.

Indirect talks between Iran and the United States have made only stuttering progress towards reviving the deal, which would take the many advanced centrifuges Iran is now using offline since the deal only allowed it to enrich with first-generation IR-1 centrifuges.

A revived deal would also slash its stock of uranium enriched to various levels, currently roughly four tonnes, back to within the deal’s cap of 202.8 kg.

One stumbling block in those talks, however, has been Iran’s continued failure to explain the origin of uranium particles found at three undeclared sites. Iran has been calling at the talks for the IAEA’s years-long investigation into the issue to be scrapped.

Western powers and the IAEA, however, say Iran has a duty to clear up the issue as a signatory of the nuclear Non-Proliferation Treaty and the issue has nothing to do with the 2015 deal.

“The Director General is increasingly concerned that Iran has not engaged with the Agency on the outstanding safeguards issues during this reporting period and, therefore, that there has been no progress towards resolving them,” a second IAEA report also issued on Wednesday and seen by Reuters, said.

U.S. intelligence agencies and the IAEA believe Iran had a secret, coordinated nuclear weapons programme that it halted in 2003. Iran, however, insists it never had such a programme. Most of the sites are thought to date back to around 2003 or earlier.
Chima Ugo is a patriotic Nigerian, a journalist, blogger and singer who is so much interested in the internet, journalism, and blogging and have been for half a decade.