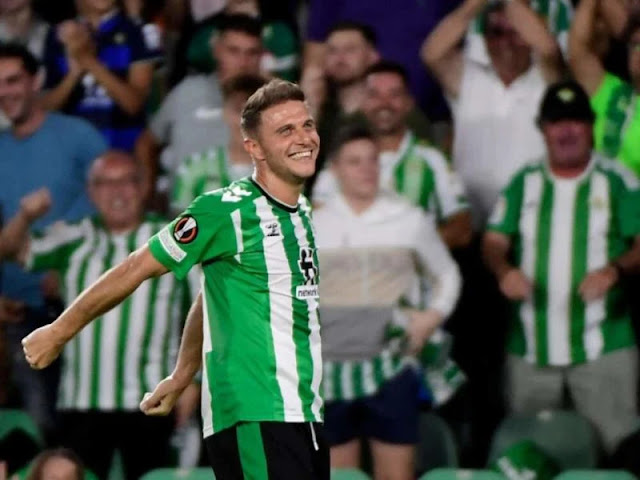 The oldest goal scorer in Europa League history is now Joaquin.
The 41-year-old (and 56 days) scored Real Betis' second goal on Thursday night when they played Ludogorets of Bulgaria.
And by surpassing Daniel Hestad to make history, the seasoned winger added even another chapter to his already legendary career.
In 2015, the Norwegian, who was then 40 years and 98 days old, scored a goal against Celtic.
Chima Ugo is a patriotic Nigerian, a journalist, blogger and singer who is so much interested in the internet, journalism, and blogging and have been for half a decade.