Jonah Jang: Subverting PDP’s constitution can derail it from winning 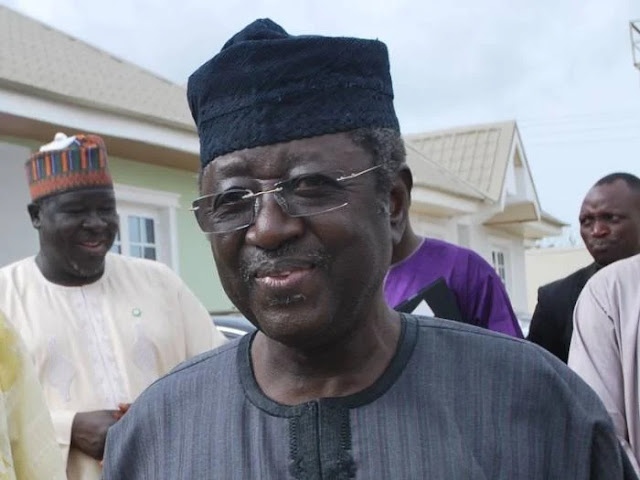 Sen. Jonah Jang, a former governor of Plateau State, has issued a warning that the People's Democratic Party, PDP, will be barred from returning to its successful winning ways in 2023 if it violates its constitution and fails to preserve its long-standing heritage of inclusivity.
Additionally, Jang urged candidates in Plateau State who participated in and lost the most recent Party primary election held in the State to let go of resentment and stop holding him responsible for their failures.
Senator Jang spoke soon after certain media outlets on Thursday criticised him for endorsing Senator Iyorchia Ayu's resignation as the Party's national chairman.
The said publication is signed by a former Secretary to the State Government, Professor Shedrack Best, who served during the Jang administration and had contested the governorship seat of the State but lost to Barr. Caleb Mutfwang.

Reacting to the development in a statement on Friday, Clinton Garuba, the Media Consultant to Sen. Jang said there was a need to school those behind the said publication.

His words, “Our attention has been drawn to a publication purportedly issued by a certain unknown group dubbed Plateau for Atiku group and signed by its Protem Secretary, Prof. Shedrack Best. The group in the said publication alleged that Plateau PDP stakeholders disowned Sen (Dr), Jonah Jang, for asking the National Chairman of the PDP, Dr. Iyorchia Ayu to resign.

“It is important to school the said group of the dynamics of the politics of the PDP to which they are latter-day entrants. Sen. Jang and the other founding fathers of the PDP built it on the principles of justice, equity and fairness and it is these principles that held the party to where it is today.

“Subverting the constitution of the party’s long-held tradition of inclusiveness is a sure way to derail the party from getting back to its winning ways. Senator Jang and the real stakeholders in the party are not surprised that such a publication is authored by Prof. Shedrack Best who is still aggrieved and sulking over his loss in the recently held primaries of the PDP in Plateau State.

“He needs to let go of the bitterness against Jang as he is not responsible for his loss, as the stakeholders agreed then that, the delegates voted for aspirants and only one winner could emerge…”

He added that “Prof. Best of all people should know that in pursuit of truth, Jang is always prepared to tow the lonely path. Several calls have been made to the party to salvage the situation and resolve the issues arising from the outcome of the Presidential primaries but it seems all calls fell on deaf ears.

“Instead of reinforcing the call on the leadership of the party to do the right thing, it is unfortunate that the so-called unknown stakeholders are seeking relevance by using the name of Senator Jang as a launching path…

“… Senator Jonah Jang does not have anything personal against His Excellency, Atiku Abubakar as those in this journey of infamy will recall that in 2019, he mobilized his resources in support of Atiku despite the fact funds made available for the campaigns were in an attempt to ridicule Jang sent to the wrong persons…

“Senator Jang and others have made their call loud enough for anyone who wants to listen and the call remains that in the interest of the Party, Senator Iyorchia Ayu should resign as the National Chairman of the PDP. That is the just, fair and equitable thing to do, to pave the way for resolution of the crisis and set the party on the path to winning the 2023 Presidential election.”
Chima Ugo is a patriotic Nigerian, a journalist, blogger and singer who is so much interested in the internet, journalism, and blogging and have been for half a decade.