Lufthansa cancels ‘almost all’ flights in Germany Friday over strike 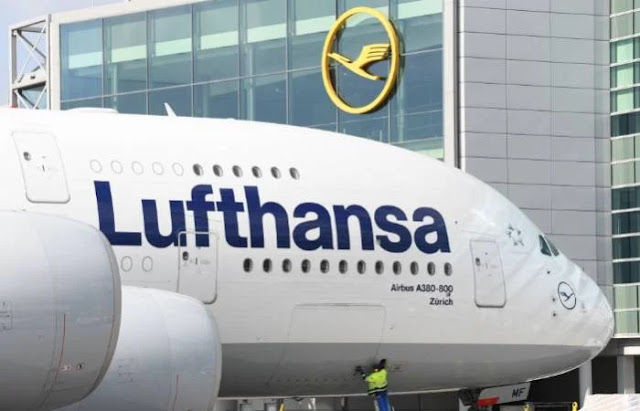 After pilots declared a strike, German airline group Lufthansa announced that it is cancelling "nearly all" of its flights to and from its key German hubs in Munich and Frankfurt on Friday.
According to a statement released by Lufthansa on Thursday, the airline will cancel 800 flights on September 2, affecting "130,000 passengers."
After pay negotiations with the German airline broke down, pilots launched the strike that will effect Lufthansa Cargo and the passenger airline.
On Friday, the strike will start at 00:01 and go until 23:59.
According to Lufthansa, the change in the flight schedule may result in more "individual cancellations or delays on Saturday and Sunday."
The airline firm expressed sadness over the union's choice, noting that it had made a "quite good offer" to increase the pilots' base pay by 900 euros ($902) each month.
By the end of the year, the pilot union Cockpit wants a 5.5 percent pay raise, automatic compensation for inflation, and a change to its salary grid.
According to Lufthansa, the full union-requested package would result in a 40%, or 900 million euro, increase in the cost of pilot staff.
However, the union warned that the airline must "make a much improved offer" in order to avoid labour issues.
“Currently, we are too far apart. In addition to compensating for the loss of real wages, we now need above all a sustainable solution for the compensation structure in all occupational groups,” said Cockpit’s negotiator Marcel Groels.

With inflation soaring, collective salary bargaining is expected to be tense in the coming months across Europe.

German consumer prices rose by 7.9 percent in the year to August, according to data published Tuesday by the federal statistics agency Destatis.
Chima Ugo is a patriotic Nigerian, a journalist, blogger and singer who is so much interested in the internet, journalism, and blogging and have been for half a decade.