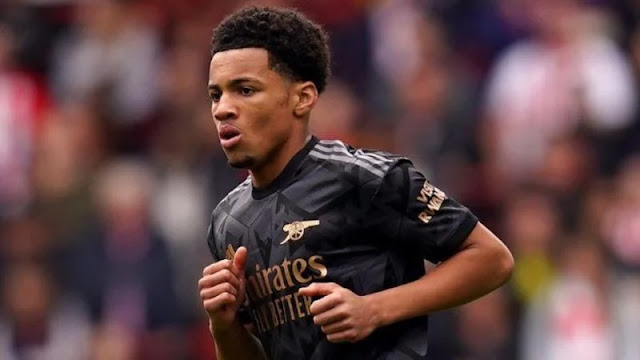 Ethan Nwaneri, a young Arsenal player, is apparently a transfer target for Manchester United.
The 15-year-old is reportedly being watched by Manchester City and Liverpool, according to the UK Times.
When Nwaneri made his Premier League debut for the Gunners last weekend, he set a new record for the league's youngest player.
Nwaneri was introduced by Arsenal manager Mikel Arteta in the last seconds of their 3-0 victory over Brentford.
Chima Ugo is a patriotic Nigerian, a journalist, blogger and singer who is so much interested in the internet, journalism, and blogging and have been for half a decade.