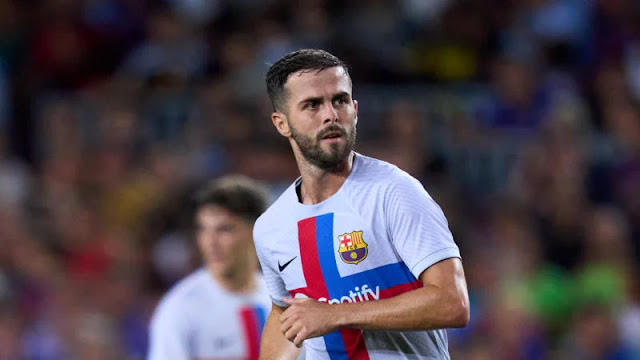 Miralem Pjanic's contract with Barcelona has been terminated, and the former midfielder for Juventus and Roma has joined Sharjah in the United Arab Emirates.
In 2020, Pjanic moved to Barcelona from Juventus. He was a member of the team that won the Copa del Rey that year, but he quickly slipped down the pecking order.
Pjanic's tenure at Barcelona began to come to an end while a loan with Besiktas in Turkey last season, and his time at Camp Nou is now officially ended.
“FC Barcelona and Miralem Pjanic have reached an agreement to release the player from the contract binding the player to the club until the end of the 2023-24 season,” a club statement read.

“The club publicly expresses its gratitude to the player for his professionalism, dedication and commitment and for always adapting his contract to the club’s situations and needs. It wishes him every success and fortune in the future.”

Sharjah, who play in the UAE Pro League, confirmed Pjanic’s arrival on their official Twitter account, confirming the 32-year-old had joined on a two-year deal with an option for an extension.
Chima Ugo is a patriotic Nigerian, a journalist, blogger and singer who is so much interested in the internet, journalism, and blogging and have been for half a decade.