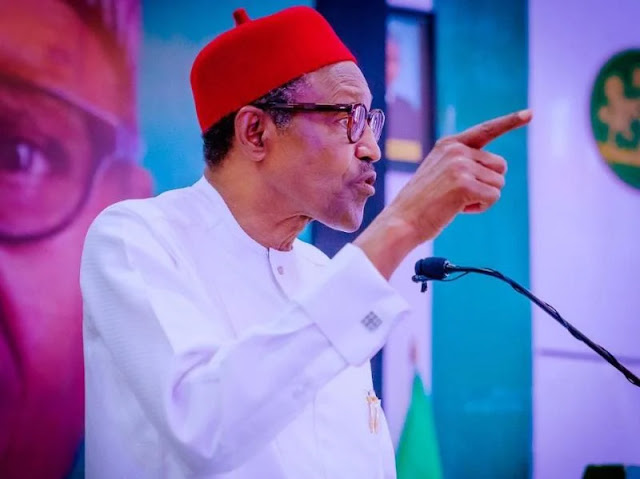 President Muhammadu Buhari has praised the new Niger Delta Affairs Ministry leadership for prioritising the integration of all agencies' and partners' development goals into the Integrated Regional Development Plan, which serves as a road map for accelerating development.
In order to ensure that the Niger Delta Development Commission, or NDDC, fulfils its duties and goals, the Ministry repositioned the commission, and the President expressed pleasure with these significant moves.
Represented by the Minister of Mine and Steel Development, Olamilekan Adegbite during the meeting of the 5th National Council on Niger Delta held in Uyo, President Buhari frowned at a situation where despite his administration’s huge investment to advance development in the Niger Delta region, there is no commensurate in infrastructure, human capital development and other indices of human progress.

“As part of the Government’s efforts to demonstrate its commitment to addressing the challenges of underdevelopment and insecurity in the Niger Delta Region, this administration evolved different programmes to address the diverse needs of stakeholders in the Region. One of such programmes held in December, 2016 with representatives of the Region under the aegis of the Pan Niger-Delta Forum (PANDEF), outlined a 16-point Agenda as minimum preconditions for peace, stability and development of the Region.

“Undoubtedly, the Federal Government has made a huge investment to advance development in the Region and give the people a new lease of life which has yet to be matched by commensurate outcomes in infrastructure, human capital development and other indices of human progress.

“However, the relative peace in the Region is a testimony to Government’s commitment to addressing the concerns espoused by Pan Niger Delta Forum (PANDEF) referenced in the 2016 Summit.

“I am happy to state that the Ministry has taken major steps in the repositioning of the NDDC to ensure they deliver on their objectives and mandate.”

President noted that the Strategic Implementation Work Plan (SIWP), is a framework meant to address the strategic objectives raised in the Federal Government’s 20-point Agenda and the Pan Niger Delta Forum’s (PANDEF), 16-point Agenda is already in operation.

He added that the SIWP tool provides a strategic framework for the coordination of investments into development and stabilisation interventions in the Niger Delta Region to ensure maximum efficiency and impact at this critical time, describing it as another effort to ensure a paradigm shift from the old ways of projects implementation without synergy among various operators in the Region.

“It is pleasing to note that the new leadership in the Ministry has prioritized the implementation of the Harmonization of all Developmental Plans of all Agencies and Development Partners operating in the Niger Delta Region into a Single Integrated Regional Development Plan as a roadmap to accelerated development of the Region.”

In his speech, the Minister of Niger Delta Affairs, Umana Umana, disclosed that the Ministry has made commendable progress at repositioning the Niger Delta Development Commission (NDDC) to achieve its core mandate.

The Minsiter explained that the Report of the Forensic Audit has been presented to the President, and a White Paper on it is being awaited.

He averred that one of the objectives of the conference is to canvass for more and sustained collaboration with Development Partners and other Stakeholders in the formulation and implementation of policies and programmes designed for the improvement of life in the Niger Delta region.

“The Ministry is therefore looking forward to such cross-fertilization of ideas and insights that would move the development process in the region to a new threshold of progress.”

The high point of the 5th National Council on Niger Delta held in Uyo was the presentation of the communique.
Chima Ugo is a patriotic Nigerian, a journalist, blogger and singer who is so much interested in the internet, journalism, and blogging and have been for half a decade.