NCAA: Why we suspended Azman Air 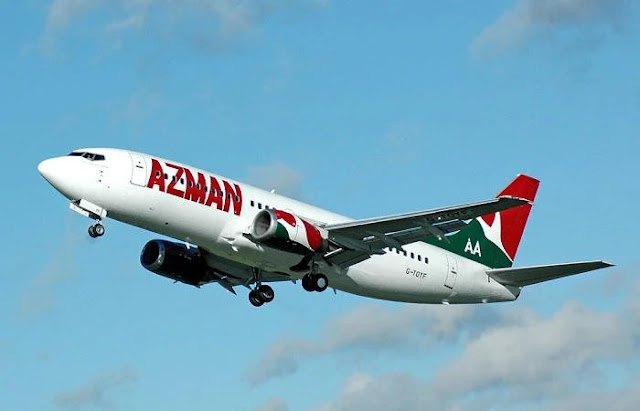 Azman's air transport licence was withheld by the Nigerian Civil Aviation Authority (NCAA) yesterday pending receipt of the necessary paperwork for the airline's operational licence renewal and the signing of a Memorandum of Understanding outlining how it would pay over N1.2 billion in legacy debt accumulated from the collection of Passenger Service Charge (PSC).
Airlines are given an ATL as permission to offer both scheduled and unscheduled services. It is one of the licences that airlines must obtain before they may start operating while they wait for the Air Operator Certificate, or AOC, which fully ensures their right to start providing air services. The AOC becomes invalid without ATL.
As Azman is the main airline along that route, Vanguard Aviation World inferred that the suspension will have an impact on travel across the northern region of the nation.
The development will impact capacity on another route within the country negatively.

Also, in the same month, Aero Contractors suspended its flight operations, due to its inability to sustain daily operations as a result of a hike in Jet A1, along with other financial constraints.

Following the suspension, a total of three domestic airlines operating 23 aircraft are not in operation, thus creating more passenger traffic in the country.

There were also indications that domestic flight movements would be threatened, following the grounding of three airlines operations overcapacity in the past three months.

While Dana Airlines and Azman Air were suspended by the NCAA, Aero Contractors suspended its operations indefinitely following economic realities.

The development has impacted travel significantly, as the suspensions have reduced the number of aircraft in operations to 36 from 123, with grounded aircraft currently at 87.

This recent grounding could cause airfares to skyrocket as the issue of scarcity of aviation kerosene, also known as Jet A1 led to the surge in airfares across the country some few week ago, which may force passengers to pay more.

While confirming the suspension, NCAA Director General, Captain Musa Nuhu, noted that the move is not particularly aimed as Azman but that all indebted airlines would need to comply with these rules to enable them renew their ATL.

He said:”Azman Air must provide Tax Clearance as one of the documentation for its ATL and must sign the MOU to negotiate its debt remittance which is part of the N42 billion and $7.8 million debt in PSC.

“This is not a charge and this is not their money, it’s monies collected in trust for us from passengers and they squandered it. We are not asking them for an interest rate, no penalties, we just want our funds remitted. We asked them to sit and negotiate as they collected on our behalf and refused to remit.

” I cannot keep explaining to the Minister, to the Accountant General, to the Presidency why we cannot remit money meant for them to them. We have been forced to carry out this action.

“Everyone is having challenges, and difficulties and this is not restricted to the industry stakeholders alone, the airlines, ground handlers and other service providers as even the agencies have the same problem in the issues of funds.

“We know that if we tell them to give us all these monies at the same time, it is very difficult and not possible, so, what we have put in place in NCAA and to prevent the debts from growing, we have put in place a tripartite agreement; the NCAA, airlines and the airlines’ banks. So, once those funds go to the bank, the 5 per cent TSA/CSC is automatically deducted and goes into the NCAA bank and NCAA will share it with the other sister agencies on a pre-determined ratio as entrenched in the 2006 Civil Aviation Act.

“What we have said is that if they don’t pay this legacy debt, we are not going to renew their licenses; AOC, ATL. That is one of the conditions and most of them have entered into the agreement.”

Meanwhile, stakeholders in the industry have lamented that the development would impact travellers utilizing the northern route.

According to aviation expert, Mr Olumide Ohunayo, “Nigeria is losing capacity on a daily basis, and the northern routes will be most affected by the suspension of Azman Air because that is their area of strength.

“They have been there for years, connecting the northern routes through Abuja, and Lagos, amongst others. The region will feel the impacts more. Here we are talking about routes where ticket fares are around N150, 000 to N200, 000 and with this development, I fear the airfare will jump to N250, 000 or even more.

“At some point, passengers might be scrambling for seats at the airports which will be taking us back to those old days that we never prayed to return.

“I think it is time for the management NCAA and the Ministry of Aviation to remove pride and release Nigeria’s Eagles AOC, belonging to AMCON, which has three aircrafts to join the market and operate. You cannot keep three aircraft down there and we are losing capacity daily. Apart from this, there is the issue of employment, as staff will not be paid or be asked to go home.

“Also, some of the airports that Azman is moving to, the shops within, service providers, taxi operating amongst others will also not operate. Down the line, there will be losses for everybody, even the agencies will be impacted too. The market is tough at the moment.

Also, the Principal Managing Partner Avaero Capital, Sindy Foster, noted that, the level of capacity in the sector is dire.

“The withdrawal of services from three airlines significantly reduces the amount of bookable seats and will yet again lead to increased fares if there continues to be a mismatch of supply and demand.

“The NCAA recently announced they would not renew the ATL and AOC of indebted airlines, so we can expect to see more voluntary and involuntary suspensions down the line. As this is a financial crisis, it can be remedied by cash injections into the airlines. This is not just a Nigerian cash liquidity issue.

“Other airlines are issuing shares, attracting private equity investment, or are utilising other creative ways of recapitalisation which are not easy in this environment, where company accounts and valuations are not as transparent or confidence rendering as they might be.”
Chima Ugo is a patriotic Nigerian, a journalist, blogger and singer who is so much interested in the internet, journalism, and blogging and have been for half a decade.