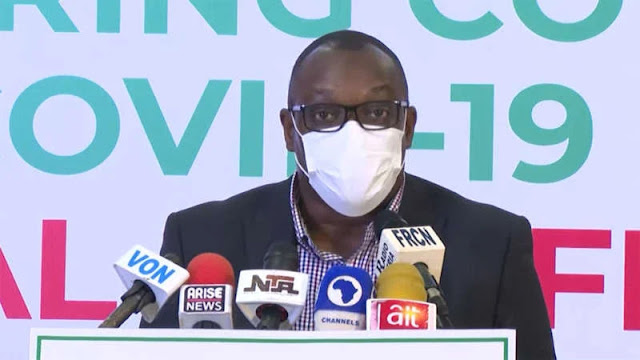 The Nigeria Centre for Disease Control and Prevention (NCDC) has announced 14 deaths in 10 states from suspected cases of yellow fever between January to July 2022.
On Sunday, the NCDC made this announcement on its main website.
Abia (one afflicted state), Bayelsa (one), Benue (one), Imo (one), Kaduna (one), Katsina (two), Kebbi (one), Taraba (two), Yobe (one), and Zamfara, according to the report, were among the other states (three).
According to news sources, yellow fever is an acute viral hemorrhagic disease spread by infected mosquitoes, according to the World Health Organization (WHO).
The word "yellow" in the name alludes to jaundice that some patients experience.
While the symptoms of yellow fever include fever, headache, jaundice, muscle pain, nausea, vomiting and fatigue, a small proportion of patients who contract the virus develop severe symptoms and approximately half of those die within seven to 10 days.

The Nigerian Public Health Institute said that cumulatively a total of 1,179 suspected cases of yellow fever were reported from 416 local government areas between Jan. 1 and July 31, 2022.

It stated that 74 per cent of cases were aged 30 years and below.

“One hundred and twenty-six (10.7 per cent) of 1,179 suspected cases had at least one dose of the yellow fever vaccine,” it said

Newsmen report that the impacts of the COVID-19 pandemic continue to be felt across several other areas including the increase in the risk of measles and the probable increase in yellow fever outbreaks due to delayed planned vaccination campaigns in the country.

Meanwhile, yellow fever is preventable with an extremely effective vaccine that is safe and affordable.

A single dose of yellow fever vaccine is sufficient to grant sustained immunity and life-long protection against yellow fever disease. A booster dose of the vaccine is not needed.

As part of efforts to support Nigeria in preventive mass vaccination campaigns (PMVCs), through its Eliminate Yellow fever Epidemics (EYE) Strateg, it said it would be reaching out to states like Ogun, Gombe, Kano, Adamawa, Bayelsa, Borno and Enugu before the end of this year.

It stated: “Further yellow fever vaccination campaigns are planned in Nigeria in the states of Ogun and Gombe in June 2022.”

It said that these campaigns targeted 8.8 million people for protection. Additional PMVCs will be implemented in the latter part of 2022 in the states of Kano, Adamawa, Bayelsa, Borno and Enugu.
Chima Ugo is a patriotic Nigerian, a journalist, blogger and singer who is so much interested in the internet, journalism, and blogging and have been for half a decade.