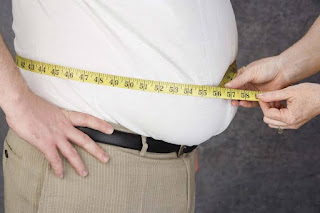 The findings, published in Cell, suggest that diet is important, but an optimal microbiome is just as important for preventing metabolic syndrome, diabetes, and obesity.

A Western-style high-fat, high-sugar diet can lead to obesity, metabolic syndrome, and diabetes, but it is unclear how the diet causes these negative changes in the body.

This is because the gut microbiome is essential for animal nutrition, Ivalyo Ivanov, PhD, associate professor of microbiology and immunology at Columbia University's Vagelos College of Physicians and Surgeons, and his colleagues investigated the early effects of a Western-style diet on the microbiome of mice.

After four weeks on the diet, the animals developed metabolic syndrome symptoms such as weight gain, insulin resistance, and glucose intolerance. And their microbiomes had changed dramatically, with the abundance of segmented filamentous bacteria, which are common in the gut microbiota of rodents, fish, and chickens, declining sharply and other bacteria increasing.

"These immune cells produce molecules that slow the absorption of 'bad' lipids from the intestines and reduce intestinal inflammation," explains Ivanov. "In other words, they protect the body from absorbing pathogenic lipids by keeping the gut healthy."

What aspect of the high-fat, high-sugar diet was responsible for these changes? Sugar was found to be the culprit by Ivanov's team. "Sugar kills the filamentous bacteria, and as a result, the protective Th17 cells vanish,we fed mice a sugar-free, high-fat diet, and they retained the intestinal Th17 cells and were completely protected from developing obesity and pre-diabetes despite eating the same number of calories," Ivanov explained.

However, removing sugar did not benefit all mice. Sugar elimination had no beneficial effect among those lacking filamentous bacteria to begin with, and the animals became obese and developed diabetes.

"This suggests that some popular dietary interventions, such as sugar reduction, may only work in people with specific bacterial populations in their microbiota," Ivanov added.