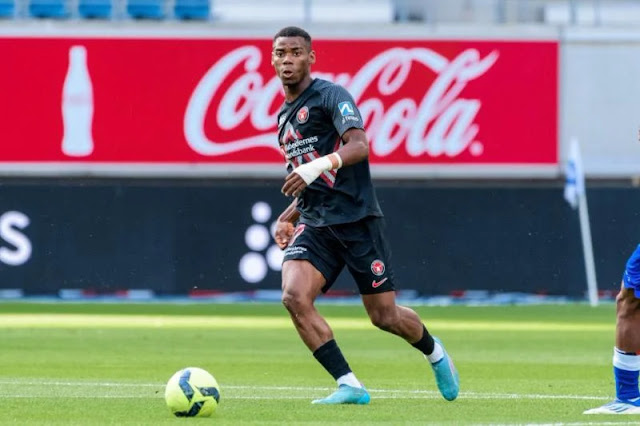 Raphael Onyedika, a midfielder for Nigeria, has explained why he chose to join Club Brugge.
The Serie A champions, AC Milan, pursued Onyedika, but he decided to go to Belgium instead.
He was sought after by former European champions Milan to take the place of Ivory Coast sensation Franck Kessie, who left them for Barcelona at the end of the previous campaign.
The dynamic midfielder signed a five-year contract with Club Brugg for a fee of €10 million.
“I chose Club Brugge because they are the best team in Belgium and because they want to win everything,” Onyedika told Voetbal Nieuws.

“I also want to win everything, so that’s a good combination. I have also heard that Club Brugge has the best supporters in Belgium.”

The 21-year-old was named the best young player in Denmark last season.
Chima Ugo is a patriotic Nigerian, a journalist, blogger and singer who is so much interested in the internet, journalism, and blogging and have been for half a decade.