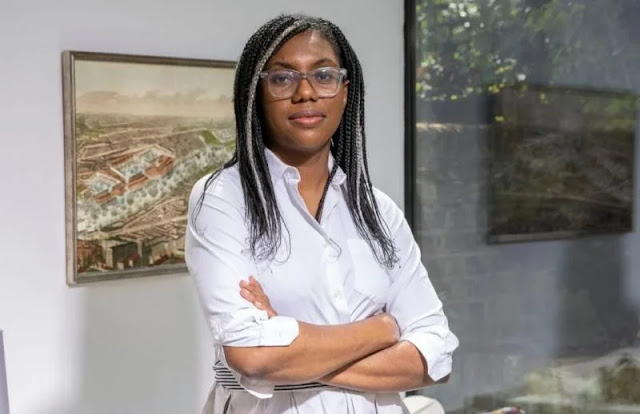 Kemi Badenoch, a British-Nigerian member of parliament, has been named as a member of Liz Truss' cabinet, the newly elected prime minister of the United Kingdom.
The British-Nigerian candidate, who was a Conservative Party member, ran for prime minister of Great Britain but was eliminated in the top five in June.
In 2017, Badenoch became a Member of Parliament (MP) for Saffron Walden and was elected to the Commons.
She has also been vocal on issues like ”gender-neutral toilets and anti-woke”. A former equalities minister who is running to be the next prime minister of the United Kingdom (UK) pledged "limited government" and "a focus on the essentials."
So far into Truss’s appointments , it would be the first time in UK history that the leading cabinet lieutenants of Britain’s Prime Minister had no white occupying any of the “great offices of state” – Treasury, Foreign Office, and Home Affairs.