Nkechi Blessing speaks on getting back with ex-lover 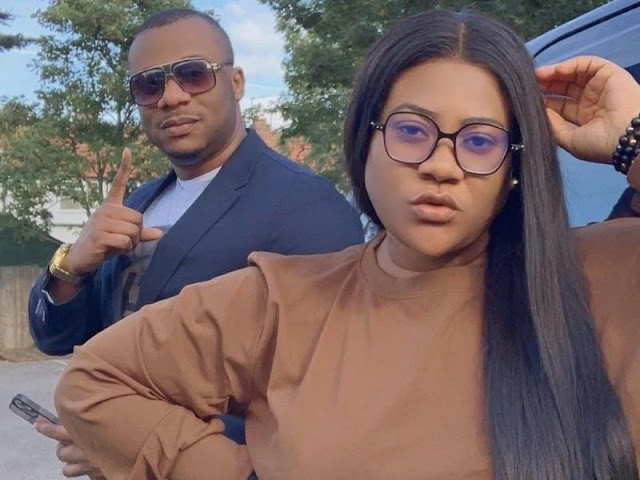 Actress Nkechi Blessing Sunday responded to a follower's implication that she had returned to her ex-boyfriend Opeyemi Falegan during a trip to Ekiti.
After their relationship ended in April, the actress and Opeyemi Falegan made fun of themselves in public.
A lawmaker named Falegan questioned Nkechi's personal cleanliness.
She was charged with going days without changing her underwear.
The actress, who was born in Surulere, then made a reappearance, claiming that she never even wears underwear.
The actress recently travelled to Ekiti State, the home state of her ex-lover.
She took to her Instagram page to share some videos from the moment alongside a caption that reads:

“OGO AGBAYE. THE ONE WHO LIGHTS UP ANYWHERE SHE STEPS HER FEET. THANK YOU, EKITI TILL NEXT TIME. GOOD EVENING LAGOS. #UNSTOPPABLE #OGOAGBAYE”

Reacting to the post, a netizens identified as damilola_olatunji wondered if the actress was back with her man.

She wrote: “Is she bk with her man”

In response to her, the 33-year-old actress who wasn’t pleased with the comment left by the fan terribly blasted the lary for leaving such a remark.

“You go like collect swear this early morning? Una own life no pass man” Nkechi replied.
Chima Ugo is a patriotic Nigerian, a journalist, blogger and singer who is so much interested in the internet, journalism, and blogging and have been for half a decade.