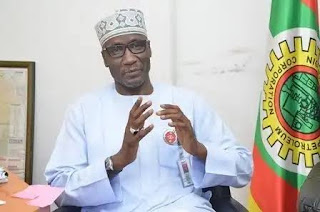 The Nigerian National Petroleum Company Limited insisted on Sunday that the country's daily supply of Premium Motor Spirit, also known as petrol, was 68 million and offered to submit itself to a forensic audit of PMS supply and subsidy management.
According to The MEDIA, the Comptroller-General of the Nigeria Custom's Service, Col. Hameed Ali (retd.), the NNPC could not justify the volume of petrol consumed in Nigeria daily to justify the annual subsidy payment of over N6.34 trillion.
Ali had argued that the NNPC's 98 million litres/day consumption could not be scientifically proven, claiming that the nation's oil company supplied an excess of 38 million litres of PMS daily.
However, according to a statement issued in Abuja on Sunday by the Group General Manager, Group Public Affairs Division, NNPC, Garba-Deen Muhammad, "the total volume of PMS imported into the country was 16.46 billion litres, which translates to an average supply of 68 million litres per day" between January and August 2022.
"Similarly, imports in 2021 were 22.35 billion litres, translating to an average supply of 61 million litres per day," it continued.
According to the Nigerian Midstream and Downstream Petroleum Regulatory Authority, the average daily evacuation (depot truck out) from January to August 2022 was 67 million litres per day.
It stated that the NMDPRA's daily evacuation (depot loadouts) records show daily oscillation ranging from four million litres to 100 million litres per day.
According to NNPC, rising crude oil prices and PMS supply costs above the NMDPRA cap have caused oil marketing companies to stop importing PMS since the fourth quarter of 2017.
"In light of these challenges, NNPC has remained the supplier of last resort and continues to transparently report the monthly PMS cost under-recoveries to the relevant authorities," the company stated.
The average international market determined landing cost in the second quarter of 2022 was "$1,283 per metric tonne and the approved marketing and distribution cost of N46/litre," according to the report.
It also stated that the combination of these cost elements "translates to a retail pump price of N462/litre, an average subsidy of N297/litre, and an annual estimate of N6.5tn based on a daily PMS supply of 60 million litres."
The NNPC promised to ensure compliance with the existing governance framework, which required participation of relevant government agencies such as the Nigerian Ports Authority, NMDPRA, Nigerian Navy, Nigeria Customs Service, and NIMASA in all PMS discharge operations.
It recognized the potential for criminal activity in the PMS supply and distribution value chain.
"As a responsible business entity, NNPC will continue to engage and collaborate with relevant government agencies to combat PMS smuggling and other criminal activities," the oil company said in a statement.
Precious is the Asst. Senior Editor for Prime 9ja Online= A Devoted Child of God= Patriotic Nigerian= Legit blogger= Five-star journalist= Exclusive Entertainer