Nyesom Wike: PDP must respect me, other party members 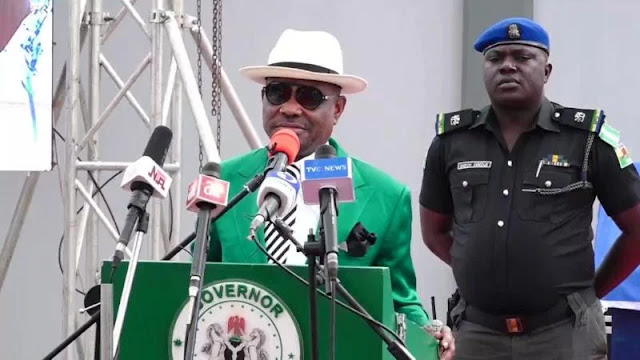 Nyesom Wike, the governor of Rivers State, has declared that the Peoples Democratic Party (PDP) must respect him and other party members because they are the ones running the party's campaigns.
In his remarks on Wednesday at the opening of the Rivers State University's Emohua campus, Wike revealed this. He said that he and the other governors in his camp have the tools they will need to utilise in the campaign to ensure that the party wins the upcoming general elections in 2023.
The governor said, “The only states you can see commissioning or flag off of projects are those states according to them that the children are in charge.

“That’s why the party should respect us and know that we are the ones campaigning for the party because we have what we can use to campaign.

“It’s not to abuse people on the pages of a newspaper or go on television and bring people who have some mental problems to defend something they cannot defend”.