Oba of Benin wades into leadership crisis in Ehiozevbaru village 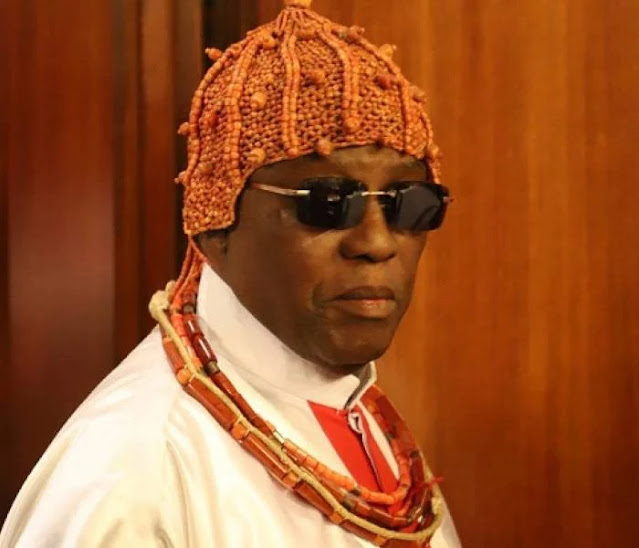 The leadership dispute in Ehiozevbaru village in Uhunmwode Local Government Area of Edo State would be addressed peacefully, according to the Oba of Benin, His Royal Majesty, Oba Ewuare II.
Moses Iyamu, the Ezama of Benin, Oseazegioba Ikpomwonsa, and Chief Uyi Esere, the Esere of Uselu, were the three chiefs of the Benin palace who addressed the demonstrators at the advice of Oba Ewuare in his palace in Benin City.
Oba Ewuare provided assurances in different comments that the matter would be resolved with proper care, which were supported by some local residents who had been wronged.
One of the elders in Ehiozevbaru village, Mr Humphrey Agbonavbare, explained that the passive resistance to excesses of Mr Sunday Ediagbonya, self-acclaimed Odionwere (village head), reached a tipping point, after Mr Sunday Ediagbonya allegedly failed to account for the development fund of the village, running into millions of Naira which were kept in his custody.

He listed other atrocities against Ediagbonya, including, missing ancestral staff at Ehiozevbaru elders’ porch as well as a bestial act that was reportedly committed y one of his children in the village.

Agbonavbare, the Ozukpogieva (second most senior elder) in the village, explained that these unlawful acts made most of the elders of the village severe their relationship with him.

Agbonavbare who pledged his loyalty to the Oba of Benin, also alleged that the self-acclaimed Odionwere has neither attained the position of Odionwere nor performed the necessary rites as required by Benin Customs and Tradition.

“When we (elders) summoned him to account for the money that was kept under his custody, he replied to us that it has been overtaken by events.

“We did not sell Oba of Benin land. Our loyalty is to him. We did not destroy houses or economic crops…Sunday Ediagbonya left the village voluntarily after the people abandoned him”, Agbonavbare added.

In a remark, the embattled self-acclaimed Odionwere, Mr Sunday Ediagbonya, accused some disgruntled elements in the village of being responsible for his travails, adding that his suspension which he claimed was done through a paltry deception to usurp a constituted authority.

Another elder in the village, Mr Henry Osaigbovo, highlighted the developmental strides in Ehiozevbaru village including electricity and water supply within a short period the self-acclaimed Odionwere was shoved aside.
Chima Ugo is a patriotic Nigerian, a journalist, blogger and singer who is so much interested in the internet, journalism, and blogging and have been for half a decade.