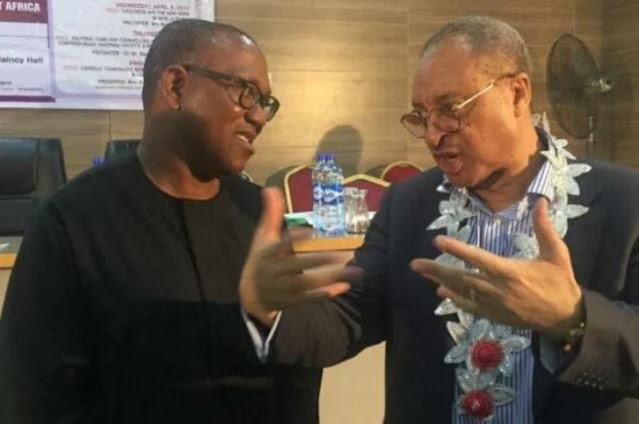 Pat Utomi, a political economy professor, voiced hope for the general elections in 2023, saying that Peter Obi's movement will transform Nigeria.
Utomi claimed that Nigerian politicians are only connected to the deals they can make without any commitment to the people while speaking on Sunday Today, a Channels TV political programme that our correspondent watched.
According to him, Nigerian leaders are terrified of the young people's cries for a new Nigeria that will benefit all Nigerians.
The professor noted that the goal of the Labour Party’s sensitization tour is to address what makes democracy work.

“Right now, Nigeria’s democracy is not working because of the transaction costs that are involved, the trade offs that have to be made such that eventually when people get to power they find that what is wrong with power is not the purpose.

“They forget the purpose because there are so many deals, IOU to win the election and in the end we get the politics of politicians for politicians by politicians and not a democracy that is for the people and by the people,” he added.

According to Utomi, this is the reason Nigeria is where it is today, crippled, lying prostrate before the wall, in spite of enormous potential.

“Nigerian politicians are so connected to the deals they can make rather than the service of the people,” he said.
Chima Ugo is a patriotic Nigerian, a journalist, blogger and singer who is so much interested in the internet, journalism, and blogging and have been for half a decade.