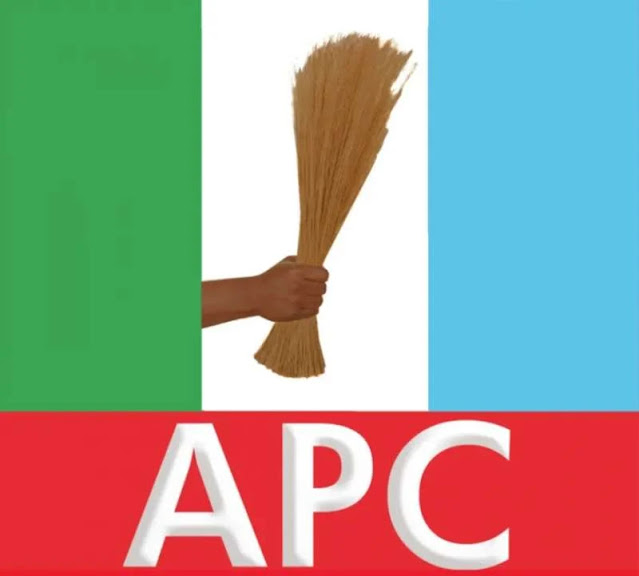 Yesterday in Oyo State, supporters of the All Progressives Congress, APC, presidential candidate Asiwaju Bola Tinubu urged the party's national leadership to end the state's internal crisis.
The success of the APC presidential candidate and other contenders in the 2023 elections, according to them, depends on this.
They claim that Senator Teslim Folarin, the party's nominee for governor, hasn't made space for real peace between the party's chieftains following the primaries.
In a statement issued by its National Coordinator, Mr. Abdulhakeem Alawuje, the followers of the Disciples of Jagaban, DOJ, encouraged Folarin to modify his approach and backtrack.
Alawuje said: “What is at stake is far beyond his personal interest. History and Yoruba nation would never forgive him, if his conduct continues to be counterproductive to the general interest of the party, as represented by the eventual emergence of Asiwaju Bola Ahmed Tinubu in the fast approaching presidential election.

“Tinubu 2023 Project is far beyond Yoruba, Hausa, Ibo or any other tribal or ethnic agenda, on one hand and Christian, Islamic or any other religious considerations and biases, on the other hand. It is God’s own project to rescue our dear country, for her overall betterment and general wellbeing of her citizens.

“Disciples of Jagaban, DOJ, as widely known, is the first socio-political movement, working day and night towards the realisation of the ambition of the foremost Nigerian political icon and the living hero of democratic struggle in Nigeria, Asiwaju Bola Tinubu, the Standard-bearer of the All Progressives Congress in the forthcoming Presidential Election. It is our conviction and strong believe that with Asiwaju Bola Ahmed Tinubu Presidency, our common strive and ambition to become a true nation state is not far-fetched.

“As Disciples of Jagaban, we have taken it as our major responsibility to make Nigerians realise the huge difference between what we, as Nigerians, desperately want and what we actually need, in reality.

“Therefore, it wouldn’t be wrong, on our part, to make it abundantly clear to Nigerians that the resolve of our Principal and Symbol of TRUE DEMOCRATIC CHANGE in Nigeria, Asiwaju Bola Ahmed Tinubu, to offer himself for service come 2023 would afford us, as a people and a nation, a golden opportunity to dispassionately choose what we truly need well over and above what we want, in utter desperation.

“In Oyo State, the unfortunate crisis bedeviling the All Progressives Congress, APC, is sending a very wrong signal, which needs to be collectively taken cognisance of and decisively laid to rest by the national leadership of the party.

“Every well-meaning and good-spirited party faithful, friends and well-wishers of this great party and its Presidential Candidate must speak up and rise up to change the present negative narrative that pervades the political space and assiduously work to ensure the desirous victory of the party in the forthcoming elections in the state.

“From all indications, it will be a grave mistake on the part of Senator Teslim Folarin, the Oyo State APC Gubernatorial Candidate, to refuse to come down from the top of “his high-horse” and create room for genuine reconciliation, by soberly currying the cooperation and support of majority of party members in the state, with a view to ensuring peaceful resolution of all matters relating to how party tickets were fought and won.

“Senator Folarin must not forget that Oyo state political actors can never be easily manipulated nor coerced to do whatever they might have made up their minds against.

“We would all recall that prior to the APC Presidential Primary, Asiwaju Bola Ahmed Tinubu was in Ibadan to canvass for the votes of Oyo State APC Delegates. He seized that opportunity to urge Sen. Folarin to start moving from one house to another to beg and persuade aggreived gubernatorial and other APC aspirants to forgive and forget the abracadabra that characterized the whole process that gave him the ticket and make sure that all issues around his emergence as APC governorship candidate are genuinely resolved in good time. Did he take to that advice? No, he didn’t.

“The Lanlehin Reconciliation Committee was constituted and commissioned behind time. A lot of those to be, ideally, reconciled had long left the party in droves and most of them had even taken tickets to contest elections on other party platforms.

“Does that brighten the chances of the APC in Oyo State or deem it? The answer is so nakedly obvious for us to know.

“The recent outburst of our highly revered legal luminary and a great leading-light in Oyo APC, Barrister Niyi Akintola (SAN) on the developments in Oyo APC never deserved the negative responses that greeted it. Chief Akintola truthfully spoke the minds of thousands of other aggrieved members of the party. Instead, we ought to commend him to have summoned sufficient courage to have spoken the truth in a language that all concerned should understand. There are many others, who wish and have chosen to patiently wait for the downfall of the party and his gubernatorial candidate. God forbid.”

While urging Tinubu and the entire leadership of the party to “step in before it is too late,” he said: “All is not well in Oyo State APC and You need to act very fast.”

Besides, he said: “I want to state this without mincing words and without any fear of contradictions that Oyo State APC, as it were, is not yet ready for the 2023 elections and its gubernatorial candidate is never bordered. If right steps are not taken to stem the ugly trend, with immediate effect, there is no need for our dear Standard-bearer, Asiwaju Bola Ahmed Tinubu, to invest on the discernible unreliable and irresponsible marketer to market him in Oyo State come 2023. He should just start looking for any other alternative(s), especially, if those in-charge of the party machinery in the state choose to remain adamant and irreconcilable with those that can make great things happen for the party in the coming elections.

“In addition, we would not fail to condemn the commercialisation of party tickets, as experienced in Oyo State APC primaries. National Assembly tickets were bargained for and sold to unpopular candidates.

“Our fear, therefore, is that the Presidential and the National Assembly Elections may not be in favour of Oyo State APC. This is giving us a great concern.”
Chima Ugo is a patriotic Nigerian, a journalist, blogger and singer who is so much interested in the internet, journalism, and blogging and have been for half a decade.